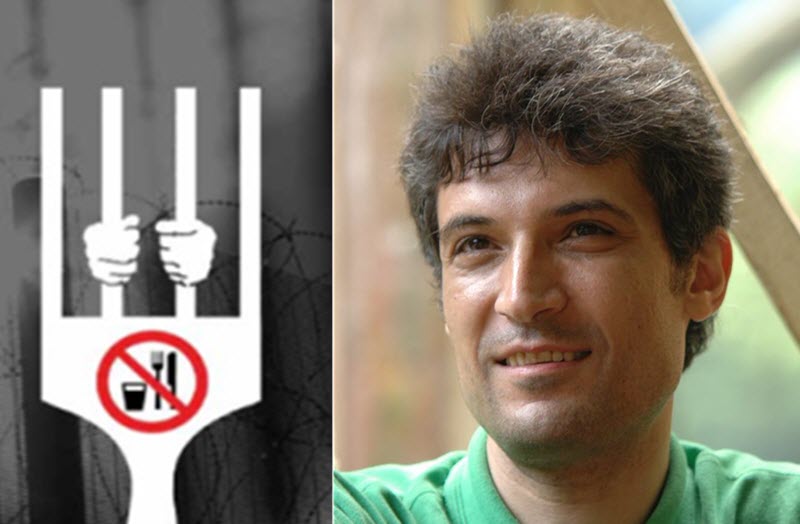 Farhad Meysami is a human rights defender that has been campaigning for women’s rights in Iran. He is a medical doctor that was arrested and imprisoned in July and he is currently being held in the medical clinic at the notorious Evin Prison in Iran’s capital city.

He was arrested for supporting a campaign against the forced veiling laws that females in the country are subject to.

Mr. Meysami commenced a hunger strike on 1st August. His health has been getting worse and worse and at the end of last month the authorities moved him to the medical clinic – against his wishes – to pressure him into putting an end to the hunger strike. Intravenous fluids are being forced into him and he has been told that he cannot leave until he starts eating again.

Human rights organisation Amnesty International has voiced its concern over the situation, highlighting that Mr. Meysami is not a criminal. The organisation’s Research and Advocacy Director for the Middle East and North Africa, Philip Luther, said: “Farhad Meysami’s only ‘crime’ is speaking out against Iran’s degrading and discriminatory practice of forced hijab and defending women’s rights to choose their own clothing. He is a prisoner of conscience and it is utterly outrageous that he is being detained at all. […] Instead of holding him in isolation in a medical clinic as punishment and to coerce him to end his hunger strike, the authorities should stop playing sinister games with his health and release him immediately and unconditionally.”

He was arrested on the charge of “insulting Islamic sanctities”, “gathering and colluding to commit crimes against national security” and “spreading propaganda against the system”. Mr. Meysami started the hunger strike in protest against his unlawful detention.

Not deterred by the unjust treatment he is receiving, Mr. Meysami is continuing his campaigning from behind bars. He has called for the unconditional release of human rights lawyer Nasrin Sotoudeh and her husband Reza Khandan who is in prison for supporting the campaign against the compulsory veiling of women.

Compulsory veiling is a subject of great controversy in Iran and many women have protested the law by taking off their hijab in public. The authorities responded to this with great violence and arrested and prosecuted many women. Human rights organisations have expressed their concern about the discriminatory practice that degrades women and infringes on their human rights. They have also condemned the authorities for further supressing women who peacefully protest against the law.

Mr. Meysami has lost around 18 kg and is extremely frail. The prison authorities are denying him the right to consent to or refuse treatment and they are violating his right to freedom of expression by pressuring him to end his hunger strike.

Sadly these practices are part of the norm in Iran. Human rights are trampled over by the Iranian regime and freedom in any form is not respected. This is why the people of Iran are determined to achieve regime change in their country. They understand that the regime is incapable of reform.