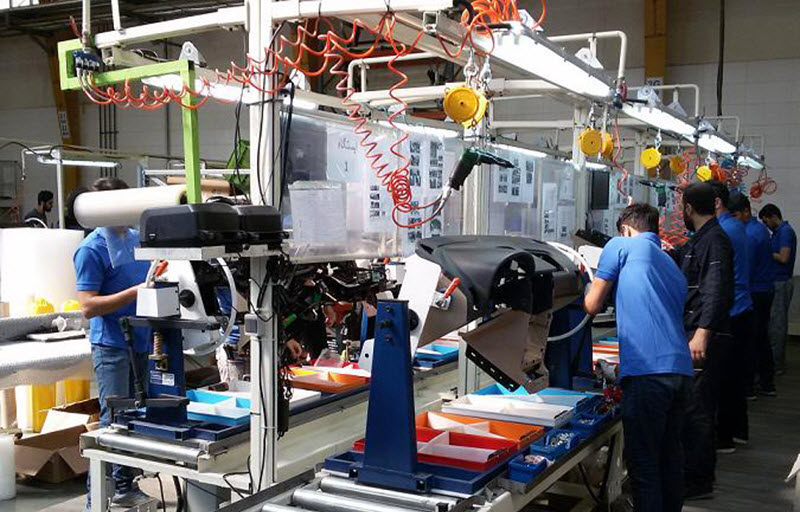 The Iranian economy has been suffering setback after setback for quite some time. The clerical regime that is leading the country has been mismanaging the country’s wealth and resources for decades and corruption is rife at all levels of leadership.

The people have been suffering the effects of the regime’s corruption, the economic difficulties and the consequences of the crippling sanctions that have been put back into place.

All sectors of society in Iran are getting fed up of the domestic situation and various sectors are staging mass protests, sit-ins and strikes.

The country’s labour minister recently said that as of September last year there were around 1,350 companies that are facing difficulty and another almost 200 that are in a critical state.

Every day, there are reports of companies that are closing down and factories that have no choice but to stop production.

One sector that is particularly affected is the automobile parts industry. It has been reported by Iran’s state media that during the first seven months of the year that approximately 100,000 workers in the industry had lost their jobs. The head of the country’s Association of Parts Builders has said that unless there are some major changes, then the number of people that will have lost their job in this industry could rise to 400,000.

State media is saying that the figures could be even higher. There are around 800,000 workers in the sector.

Beshel Company is one of the leaders in the industry and it has indicated that it used to produce 1,300 engine cylinders and cylinder heads on a monthly basis, but this dropped to just 350 per month. An executive in the company also said that other parts of the running of the company have changed too. For example, their customers used to have 90-day credit terms but this has now been extended to 120 days, which some customers are still struggling to meet.

The executive said: “Sometimes it takes 300 days for them to pay for their purchases. The automobile manufacturers don’t pay us, and we can’t pay our workers. As a result, we’re faced with serious problems in producing parts and tools. Automobile manufacturers don’t have money and they introduce parts builders to banks and they don’t pay the dividends in time. In such circumstances, the only option for employers is to shut down their companies.”

Employers have to make the difficult decision to let employees go just to be able to keep their business running. However, sometimes this is not enough and the business is simply not profitable and therefore must shut down.

The Iranian regime is very unsympathetic towards the people. Instead of working on the economic problems, officials in the regime just pass the blame off on others or denies that the problems are as bad as they are.

While the people get poorer and poorer, regime officials do very little to hide their personal wealth. While more and more people are falling into extreme poverty, regime officials make sure their pockets are nicely lined.