Iran: Bankruptcy of the Bags and Footwear Industry Due to Uncontrolled Imports and Protests of the Workers 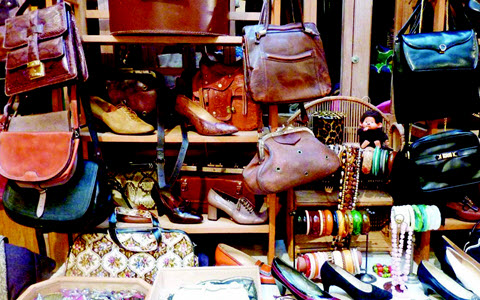 NCRI – A group of workers and merchants in the shoes and bags sector in the province of Tehran staged a gathering in front of the Iranian regime’s Ministry of the Interior to protest the closure of many workshops producing these products.

According to the state-run ILNA news agency, at least 200 workers and merchants of the bags and footwear industry gathered in front of the Interior Ministry protesting widespread unemployment in this industry and the closure of many workshops producing these products.

Protesters said the massive presence of foreign workers and the increase in the volume of foreign products in the market has caused many bags and shoes manufacturers to close down.
Meanwhile, according to them, 2,000 city-wide workshops are now producing bags and shoes, and if this trend continues, thousands of workers and business owners who have gained experience in the industry in the past two decades will be unemployed.

Workers said that some people bring cheap foreign workers to Iran to a large extent from neighbouring countries.

According to one of the protesters, since foreign workers have no permission to enter Iran, the employer will keep them detained in a workshop until they get the necessary permits, and make them work on a day-to-day basis paying them a very small salary.

This would result in the price of the products produced by the foreign workers reaching one-third of the domestic products, and the big distributors of the market will also get them their goods and raw material they need.

From the viewpoint of the protesters, this way the presence of foreign workers has hurt the Iranian workers and their employers, many of whom have become unemployed with inexhaustible production, and have inevitably turned to service jobs for their livelihoods.

Import of foreign products is another challenge that Iranian bag and leather goods manufacturers are facing.

Useless and uncontrolled import of foreign goods, which is basically done by government bodies, has caused many factories and production units in Iran to close down due to the low prices of imported goods, causing thousands of workers become unemployed.

Millions of dollars annually are also spent on imports of unnecessary items similar to those produced within Iran, which is a huge blow to Iran’s domestic production and economy.

Previous articleStatement by Dr. Mohammad Maleki , on the Anniversary of 1988 Massacre
Next articleA Report on the Poor Condition of Workers in the Southeastern Iran