Iran: Being Cut off From SWIFT System Is Crucial for U.S. Maximum Pressure Campaign 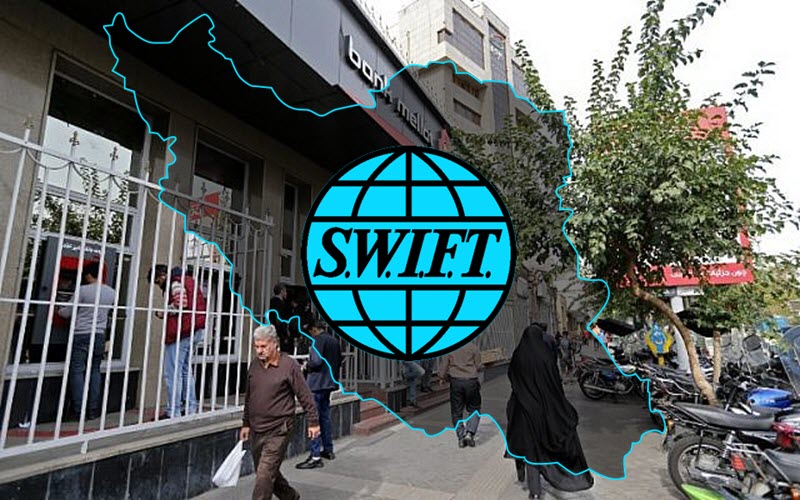 There have been reports about the internal disputes within the Trump administration with regards to the U.S. sanctions on Iran that are now in effect. European leaders have been trying to convince the United States to let Iran remain in contact with the international marketplace. Several officials in the Treasury Department have been reluctant to go the full way with President Trump’s maximum economic pressure campaign on Iran. Or perhaps their European colleagues have convinced them that it would be better if Iran remained connected to the SWIFT system.

The SWIFT system (the Society for Worldwide Interbank Financial Telecommunication) has been described as the backbone of international finance. Its was founded in the seventies and is essentially a secure messaging system that allows banks to transfer funds to each other. It is a cornerstone of modern banking practices and is a key player in the international financial system. Without SWIFT, the banks would not be able to communicate so quickly and so inexpensively.

Despite the previous uncertainty with regards to SWIFT and sanctions, the Trump administration announced at the beginning of the week that a number of Iranian banks would not have access to the service.

This will have severe implications for the banks because it will make business dealings with foreign companies very tricky. Not that there are many companies that are willing to risk getting caught in the crosshairs of U.S. sanctions just to do business with Iran.

The SWIFT system is the sole international network that allows banks to transfer information. Several individuals have tried to set up a similar system that can be used as an alternative to SWIFT, but so far there has been nothing acceptable.

Trump is set on putting as much pressure as possible on the Iranian regime with the aim of cutting it off from the funds it uses to finance terrorist militias and proxy groups across the region.

When his predecessor, Barack Obama, was in office, the U.S. led policies of appeasement towards Iran. Obama promised that the regime’s behaviour would become more moderate, but it actually had the opposite effect. The regime became more emboldened than ever because it knew Obama would not dare react.

Trump remains convinced that the opposite approach will show more positive effects and it must be admitted that he has been correct so far. He has not let the Treasury Department undermine his strategy and there is no doubt that cutting Iranian banks off from the SWIFT network will have a major impact.

Iran has been spreading misery across the region for a long time. But it must be remembered that the first victims are the people of Iran. They have lived with the regime’s corruption, mismanagement, suppression and oppression for decades and they know it is incapable of becoming moderate.

The international pressure, mainly from the U.S. and its allies in the Middle East, along with the domestic pressure being exerted by the people of Iran, will surely result in positive change. Not just for the Iranians but for many much further afield.

Previous articleIran: Female Activists Brought to Notorious Evin Prison for Questioning
Next articleInsurer Pulls out of Iran to Avoid Us Sanctions