Iran: Children are auctioned in the streets! 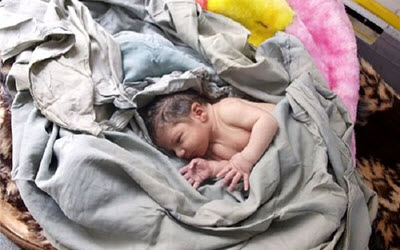 NCRI – Mehr New Agency affiliated with Iranian regime’s Ministry of Intelligence and Security (MOIS) on 7th November 2016 published a report about the indigence and misery of the Iranian people under the clerical regime. The people are so desperate that they put their children for auction.

A part of this report reads:

“It has been a while that the children are being sold and it becomes a popular trend in the streets but what makes the people sell their children?

Until a few years ago, some leaflets were installed in the streets entitled as:”an immediate sale of kidney” or “the sale of O+ blood type” and so on. Many people try to solve their problem by selling the kidney. Nevertheless, the hidden way of advertising has now transformed in the cities and some people stick the auctions of their body parts on the walls of streets.

“Newborn baby sale” or “children sale” are the phenomena that are being repeated again and again in these days. But this phenomenon is a new happening and they are actually the attractive subjects for the media to publish.

The sale of Fetus, Urgent!

“One fetus to be born in twenty days will be sold since there is not a proper condition to be taken care of. Urgent!”

This is the last attempt of a pregnant woman who has stuck this hand-written leaflet on a wall in the Azadi Street of Tehran. On the other hand, a newborn baby was abandoned on the street.

A picture is exchanged in social media channels entitled as:”the green space workers found a newborn baby girl in the 24-Metri Street of Ahvaz .The baby had been abandoned without any clothes today at 6 PM.

Another instance is the picture that shows a newborn baby amidst the garbage. One of the staffs of the garbage recycling field described the story bitterly. He talks about the fetuses that have been found in the garbage bags. 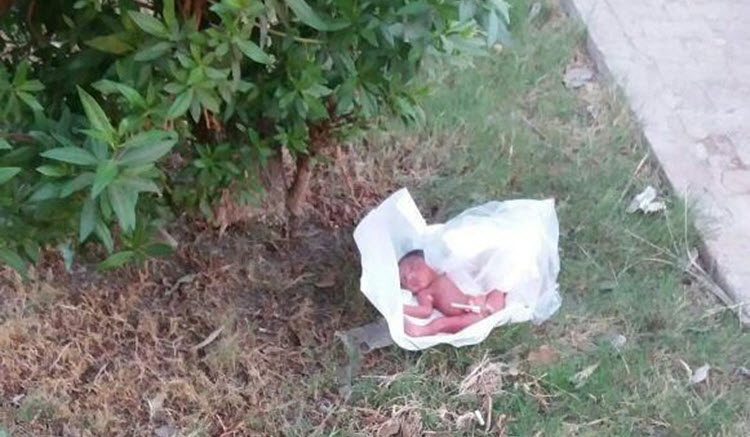 Sales of children in advertisement websites

The ads are not only some sketches on the street walls. You can also find the ads of selling babies on the internet websites. In one of these banners, the seller tells her story:”I am a 32-year-old woman and 4 months pregnant. Those who do not have children and want the custody of a child please let me know. Thus they will also get a baby. I am also a single woman with no source of income and I cannot raise a child.” 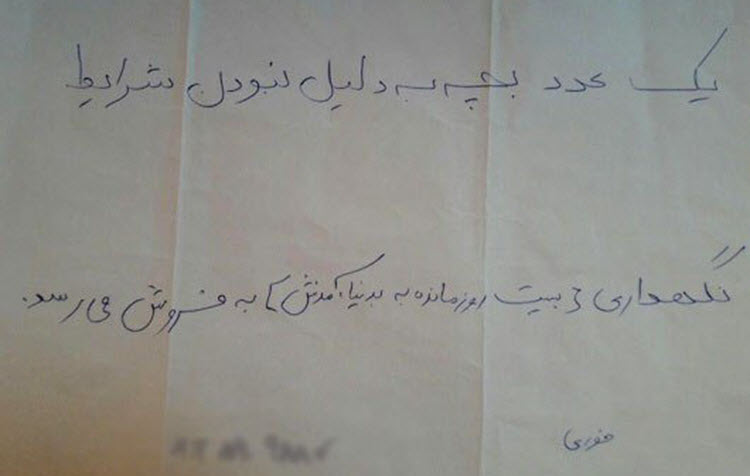 Urgent:
A new baby who is expected to be born in 20 days is offered for sale as the conditions are not right to take care of that baby.

The sale of newborn babies is a rare phenomenon

The head of the public relations centre of the Ministry of Health, Abbas Zareh in an interview with Mehr News agency stated:”the sale of newborn babies is a rare phenomenon. I do not say that people were not aware of such incident before and only the social media channels released them; rather I say that these cases were also available in the pat though they were rare.”

From selling the newborn babies to 6-year-old children!

In one of the advertisements, a 6-year-old girl was put for auction. The father of this child said that he wants to sell his child to provide his wife’s dowry money since they got divorced. The story is not about babies but it is also about the 5-yearold children too. 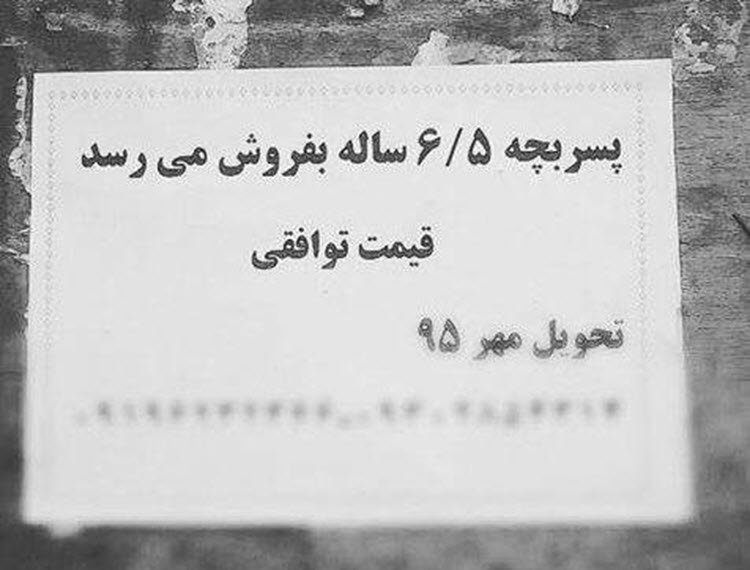