Iran: Embezzled and Theft by Regime’s Officials in a Major Shiite Holly Shrine 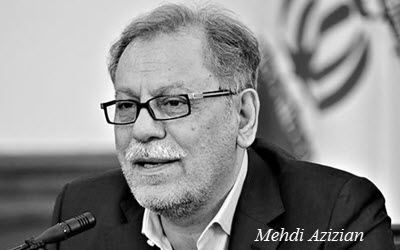 NCRI – The administrator of the Deputy Office of ‘Astan Quds Razavi’ (A major Shiite holly shrine in the North Eastern Province of Khorasan) Jafar Sabaqian on Monday confessed to the theft and embezzlement of the former Deputy of this shrine as well as the former Head of it. It’s noteworthy that Mehdi Azizian left Iran 6 month ago and this plan was coordinated by Morteza Bakhtiari.

The Iranian officials actually decided to send Mehdi Azizian out of the country so that the consequences of financial fraud wouldn’t be revealed. According to the reports, the last check paid to Mehdi Azizian was to an amount of 360 million Tomans ($111000).

The Secretariat of the NCRI in a statement on March 9th 2015 announced that the assets of Astan Quds Razavi have never been plundered to this extent by local and national authorities before; rather, some of them were spent to meet the needs of poor and underprivileged people as well as public services.

The only endowed land belonged to Astan Quds Razavi costs tens of billions of dollars. This financial institution has invested and earned fat profits in all economic fields such as agriculture, food processing, pharmaceuticals, automation, buildings, mining, energy, information technology, and so on. As Khomeini commanded, this financial empire is also exempt from paying taxes. Astan Quds with its capital and revenue could have boosted country’s economy and decreased rates of poverty, unemployment, and inflations. Instead, this institution serves to repress, warmonger and to bring misery and indigence to the people of Iran.

The people of Iran are under massive economic pressure along with the Covid-19 crisis. They hear their bones crushing under this pressure. Yet, mullahs’...
Read more
Iran News Now

Following months of silence on sanctions imposed on his regime and its international isolation, Iran’s Supreme Leader Ali Khamenei spoke about this issue on...
Read more
Iran News Now

Iran’s state-run media and the ruling theocracy officials have warned about the deteriorating economic situation and people’s possible reaction. “In recent days, we are once...
Read more