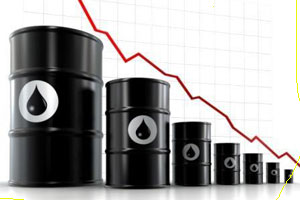 The continued decline in the price of oil, which is down about 25 percent since June, could compound the effect of international sanctions on the Iranian regime that has lost nearly half of its oil revenue in the past two years, according to a Washington Post editorial published on Sunday.

The drop in oil prices will place considerable pressure on Russia, Iran and Venezuela that more than half of their state budgets come from petroleum exports, and their spending plans depend on high prices: $100 a barrel in the case of Russia, $120 for Venezuela and $140 for Iran, according to the Economist.

The Washington Post editorial notes that the “aggressively anti-American foreign policies” of these governments and Ali Khamenei’s “autocratic government and ambitions to dominate” the region “in recent years have been financed in large part by soaring oil revenue.”

“The falling prices could compound the effect on Iran and Russia of international sanctions. Iran, which lost some 45 percent of its oil revenue in the past two years, has been able to increase its exports and return to economic growth under an interim agreement on its nuclear program. That advance could be nullified by the drop in prices, which in turn could increase the pressure on the regime to strike a long-term nuclear agreement with a U.S.-led coalition by a late-November deadline.”