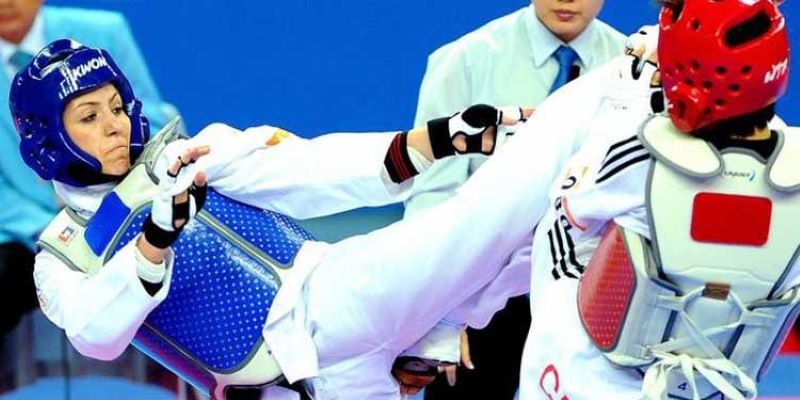 Another female Iranian athlete, Parisa Farshidi, has applied for asylum in Germany, according to the Women’s Committee of the National Council of Resistance of Iran (NCRI).

Parisa Farshidi holds a Taekwondo belt and has participated in the Asian Games and is a Silver and Bronze medalist.

According to the NCRI’s Women’s Committee, Ms. Farshidi is a fitness trainer and she is an expert of CrossFit and TRX.

Recently another six female athletes seeking asylum in different countries. Another example is Kimia Alizadeh, the first female Iranian Olympic medalist in Taekwondo, who applied for asylum in Germany in November 2019.

According to the NCRI Women’s Committee, Ms. Alizadeh wrote an open letter, describing her reason for leaving Iran. She wrote: “Let me finally introduce my previously censored identity. I’m one of the millions of oppressed women in Iran. I had to wear whatever I was told to wear; I had to say whatever I was told to say. They [the regime] even claimed my medals and victories were because of their oppressive dress code and hijab. They attributed my successes to their management and tact.”

Shohreh Bayat, an Iranian chess referee, protested the regime’s mandatory veil policy, announcing during the Women’s World Chess Championship, on January 18, that she would not return to Iran.

Fearing for her safety, she told Reuters: “I really hope they will provide me something to ensure I will be safe if I come back to Iran.”

The NCRI Women’s Committee wrote, “The regime’s sports federation has demonstrated its utter inadequacy in the field of women’s sports, offering virtually no support to female athletes and champions. Female athletes reach championship levels, both in Iran and around the globe, as a result of their individual efforts. They receive no financial support whatsoever from public institutions.”

The case of Mitra Hejazipour is an example of the regime’s inadequacy in the field of women’s sports.  The regime’s Chess Federation expelled her from the National Chess Team on January 2, 2020, for removing her hijab during the World Chess Championship.

The NCRI’s Women’s Committee wrote: “These female athletes and medalists – national treasures of Iran – are clear examples of the brain drain that occurs under repressive regimes.”

The misogynist regime ruling Iran uses every opportunity to discriminate Iranian women. The mullahs’ regime, immediately after the revolution in 1979, imposed the mandatory hijab. The regime’s current so-called “moderate” president, Hassan Rouhani, has shamelessly stated he was the first person to impose mandatory veiling on the Iranian women in the Army.