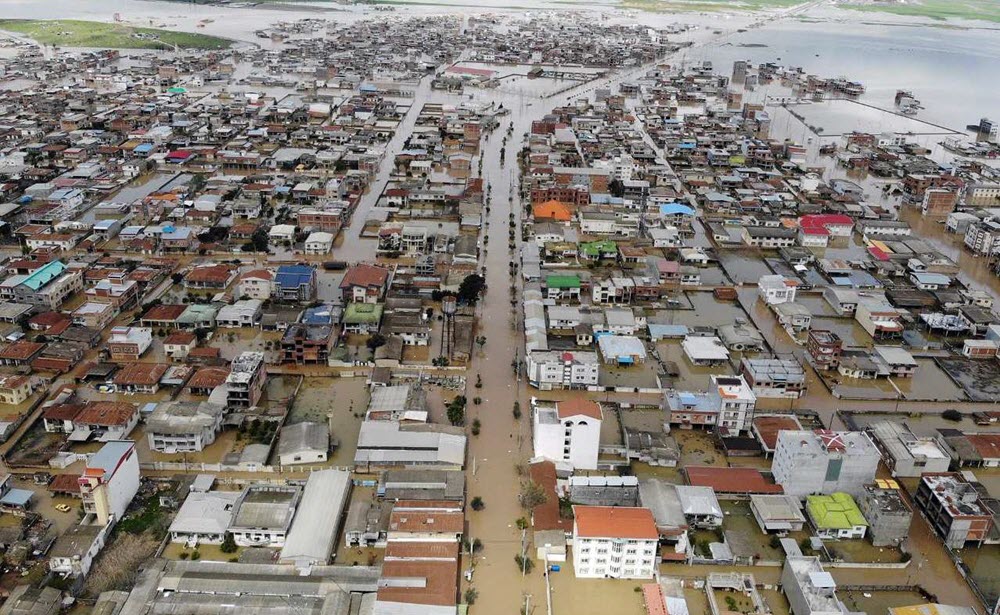 Iran, March 23, 2019 – The flood disaster in the provinces of Golestan, North Khorasan, Mazandaran and Mazandaran provinces of north and northeast Iran, has led to immense damages. Dozens of villages are engulfed in water, roads are blocked and the death of nine locals has left many Iranians, especially in Golestan Province, in grief during the Nowurz (Iranian calendar new year) period. 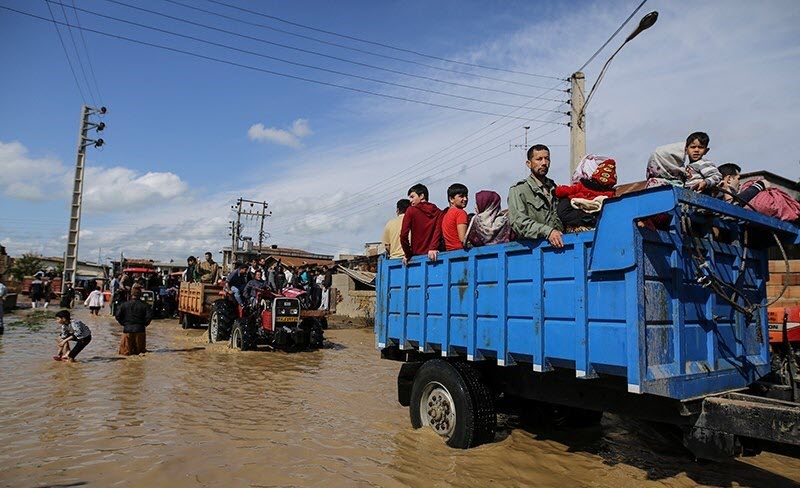 State sources are refusing to correctly report news about the number of people killed and the scope of damages caused by the extensive floods. Despite all this, one regime official in Golestan Province acknowledged the fact that 70 percent of the town of Aq Qala, the flood epicenter, is engulfed in water. Twelve villages around this city are reported being completely under water and there are no means to provide any emergency aid.

Paths are blocked to more than 70 villages and electricity of around 50 villages is cut off. 7,900 houses in Golestan Province are severely damaged by the floods, according to state media, and 23,000 locals are in need of urgent aid. In the towns of Neka and Behshahr, landslides, snow and severe sleet have blocked roads to around 70 local villages. 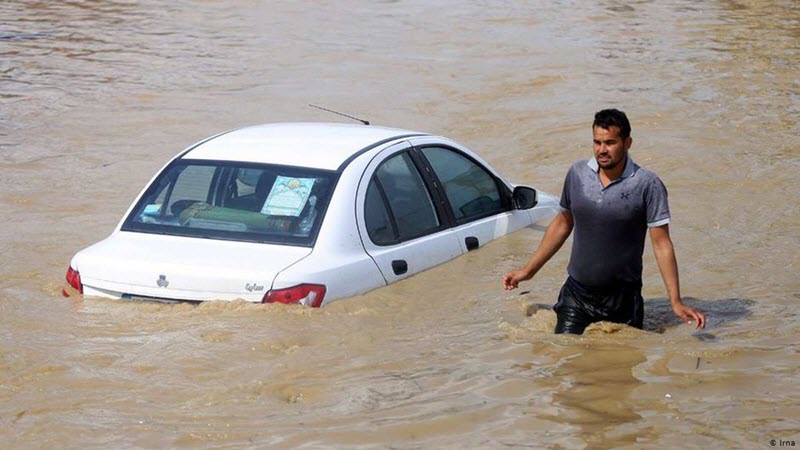 Following severe rains, roads and public paths in the city of Gonbad Kavous in east of Golestan Province are completely flooded. Reports show these floods are due to water bursting through local dams.

Rainfall and the melting of winter snow are resulting in overflowing of various dams, including Golestan and Boostan, and rivers overflowing from their banks. More than 10,000 households in various areas of Golestan Province have reported damages due to flood waters. Locals are protesting incompetence in province officials, complaining about not receiving any emergency aid.

Abdul-karim Javar, the Friday prayer imam of Gonbad Kavous, acknowledged the people’s anger over this failure. 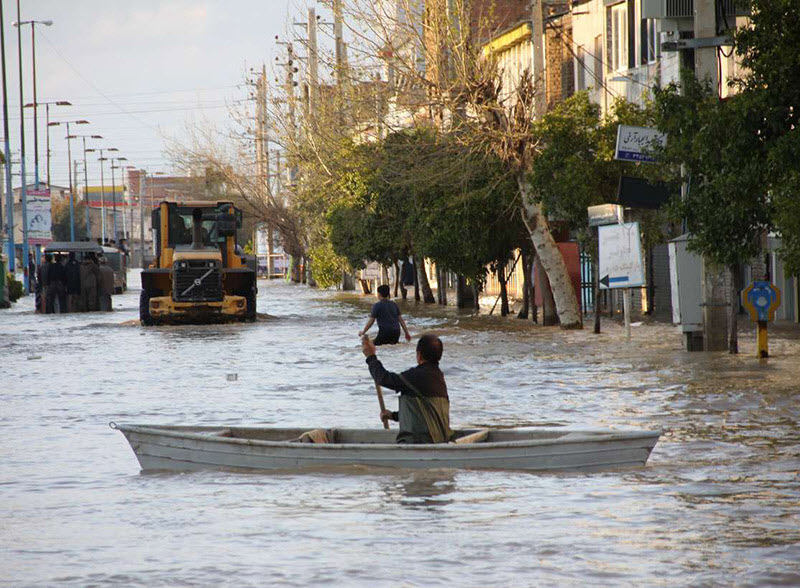 “Most of the people are complaining about state media failing to properly broadcast the flood reports,” he admitted.

Heavy spring rains are expected from Sunday to Wednesday, leading to possible floods, river waters overflowing and heavy damages to the infrastructure of vast areas across Iran. Those actually managing to go on vacation during the Nowruz (Iranian calendar new year) holidays will see their plans severely disrupted because of rains and possible floods.

The state-run Entekhab news agency wrote on Saturday, “Two villages of Bandar Torkaman [Golestan Province] will be evacuated due to flood concerns.” 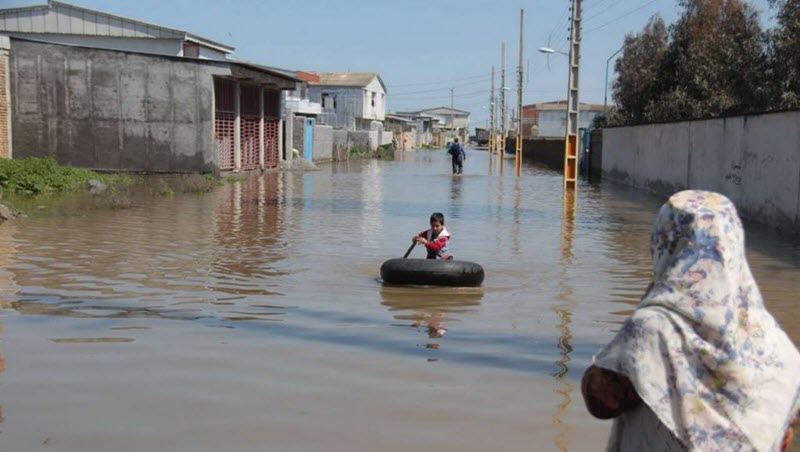 Reports by the regime’s own Interior Minister Abdolreza Rahmani Fazli show him saying the Golestan Province governor has gone outside of Iran for a month now on vacation.

Maryam Rajavi the president-elect of the National Council of Resistance of Iran (NCRI) sent a message expressing her sincere condolences and sympathy with the flood stricken areas of Golestan Province and family and friends of the flood victims.

“The harrowing deaths of a large number of people including innocent children in the flood in #Golestan Province has deeply hurt the feelings of the people of #Iran,” she said. “My heartfelt condolences and sympathies to the survivors and the honorable people of #Golestan. I urge the public, particularly the youth, to rush to the aid of the flood victims. The clerical regime’s destructive policies and plunder of Iranian people’s assets, wasting them on terrorism and war, have left our people defenseless in the face of natural disasters, afflicting them with damages and casualties much higher than the world’s average.”

The harrowing deaths of a large number of people including innocent children in the flood in Province has deeply hurt the feelings of the people of .

— Maryam Rajavi (@Maryam_Rajavi) . I urge the public, particularly the youth, to rush to the aid of the flood victims.