Iran: Hemophilia Patients Not Given Necessary Drugs Despite There Being Plenty 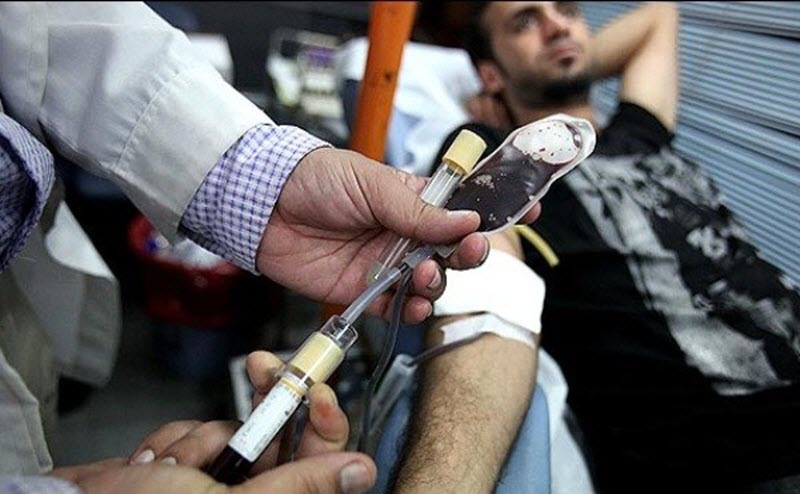 Due to being in debt to pharmaceutical companies, some medical science universities don’t deliver special patients’ drug quota in a timely manner, thus making difficulties for patients, says director of Iran’s Hemophilia Society.

In an interview with state-run ILNA news agency on May 23, 2018, Ahmad Ghavidel points to hemophilia drugs status, saying “we’re not faced with a drug crisis at the moment as there’s still enough drug reserve in the country. The government still doesn’t need to import additional drugs so they can stay away from recent currency fluctuations. Nonetheless, for some reasons the drugs are not made available to all patients.”

“Last year, we saw drug distribution companies crossing the red lines, as they refused to deliver drugs to indebted hospitals. And we’re experiencing the same situation this year as well,” adds Ghavidel.

Director of Iran’s Hemophilia Society says “right now, some universities of medical science are not able to deliver special patients’ drug quota in a timely manner due to being in debt to pharmaceutical companies, and this has led to problems for patients. One of drug distribution companies even refuses to deliver the drugs to hemophilia treatment centers.

“Despite there being plenty, drugs are not made available to patients. Some universities of medical science don’t deliver drugs to patients. In Lorestan, for example, they don’t have plasma-derived factor VIII, since the drug distribution company refuses to deliver the drug before the previous debts are settled. This reflects the mechanism that’s currently in effect in the country. Government subsidies for hemophilia and other difficult to cure diseases are now allocated to insuring companies. This is the biggest challenge the special patients are faced with right now: the subsidies being given to insurers that are basically neither professional nor do they care about healthcare.

“The insuring companies are currently government funded. They receive heavy payments from the government. Meanwhile, they only offer their services as long as they’re paid and will stop it as soon as the government payments fail. They have no motive for working in the insurance sector, nor do they care about preventing diseases, and this is a big challenge for the country’s healthcare.”

“Insurance companies assume that hemophilia patients won’t need any more medications once they receive their quota of 20 drugs at eight million tomans. That’s while the patients’ bleeding is not dependent on such assumptions,” says Ghavidel, adding “Hemophilia is not a disease for which you can set a drug quota. A simple accident like twisting an ankle or getting caught in a metro crowd may lead to bleeding in hemophilia patients. So, insuring plans are the biggest concern for such patients.

“The heavily indebted insuring companies meanwhile tend to pass this crisis over to distributing companies, which in turn can’t afford to pay drug importers, and thus hemophilia patients’ drug supply chain is constantly at risk. This is while we’re still away from currency related problems. The question is what will happen if we reach that point? Needless to say, new problems will arise.”

In a strange move and without providing any convincing explanation, Rouhani’s government excluded hemophilia drugs from the list of items subject to the Goods and Currencies Smuggling Law, regardless of the fact that these are considered as specialty drugs.

“It would be considered an instance of smuggling if someone attempts to take subsidized drugs out of the country. But in an abrupt legislation they decided that hemophilia drugs are no longer subject to Goods and Currencies Smuggling Law since they’re not subsidized by the government any more. The fact, however, is that the subsidies are still being paid for such drugs, but these are the insuring companies that fully receive it”, says Ghavidel.

“The subsidies used to be paid to importers. Now, however, the insuring companies receive it. Its’ really surprising, the fact that the monitoring bodies didn’t ask for any explanation in this regard, nor did they question the government’s legislation.

“The insuring companies don’t pay for such drugs out of their own income. Anytime you ask them “why don’t you pay the hospitals?” they answer “because we’ve not been paid by the government.”

“So, the money they receive from the government is subsidy, and thus all hemophilia drugs are subsidized and according to the law should be subject to the Goods and Currencies Smuggling Law. So, why were they simply excluded through an enactment?”

“Some say that they want to export domestic drugs, but they can’t be exported since they’re subsidized by the government. This is however not a convincing explanation, because if the legislation aims to facilitate export of domestic drugs, then the first step towards that goal is to obtain international licenses for such drugs, since without them no export would be possible. So, the question is why they passed such a law while no international licenses have been obtained. That’s why we don’t understand what policy the government is pursuing in this regard,” says director of Iran’s Hemophilia Society, adding “are they aware that how problematic the drug supply chain has become after allocating such a huge amount of money to insuring companies that are drowning in debt? Which auditing organization is monitoring the amounts to be put to good use in hospitals and insuring companies? This is a real challenge for Iranian hemophilia patients.”