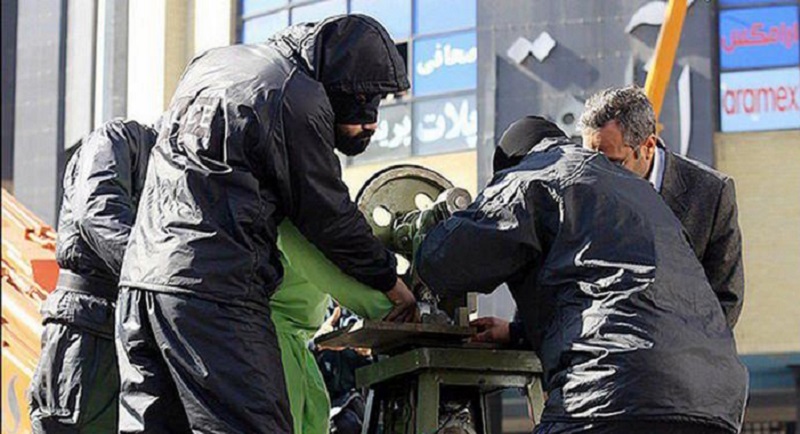 The barbaric mullahs’ regime ruling Iran, amputated the hand of a prisoner in Sari Prison in Mazandaran Province, northern Iran, on Wednesday.

The news website of the regime’s judiciary, Mizan, which reported the implementation of the gruesome punishment, added, “dealing with thieves would increase the people’s sense of security.”

For years, the Iranian regime has handed down barbaric punishments. On January 17, 2018, authorities in the Central Prison of Mashhad, northeastern Iran, amputated the hand of a 34-year-old man for allegedly stealing livestock. This was while the real thieves, the mullahs, are ruling the country and stealing billions of dollars of national wealth.

“Amputation is torture plain and simple, and administering torture is a crime under international law. As a party to the International Covenant on Civil and Political Rights, Iran is legally obliged to forbid torture in all circumstances and without exception. Those responsible for ordering and executing such practices should know that they are liable to criminal prosecution under international law,” the report quoted Magdalena Mughrabi, former Deputy Middle East and North Africa Director at Amnesty International.

Iran regime’s Prosecutor-General expressed regret on Wednesday that not enough people in the country are being punished for crimes with amputations because the country is trying to avoid international condemnation from human rights bodies or foreign governments.

Mohammad Jaafar Montazeri, who referred to these barbaric acts as “divine punishments”, made these comments at a time when Iran has been repeatedly criticized for this sort of retributive justice, which the mullahs claim is mandated by God.

Back in 2013, Iran’s regime unveiled a finger-amputating machine that was used in its strict punishment of thieves.

Photographs published at that time by state-run media showed a blindfolded man having his fingers severed by a crude amputation device.

Immediately after the public amputation, the local public prosecutor announced punishment for thieves is to become increasingly severe.