Iran: Inflation Goes Above 50 per Cent 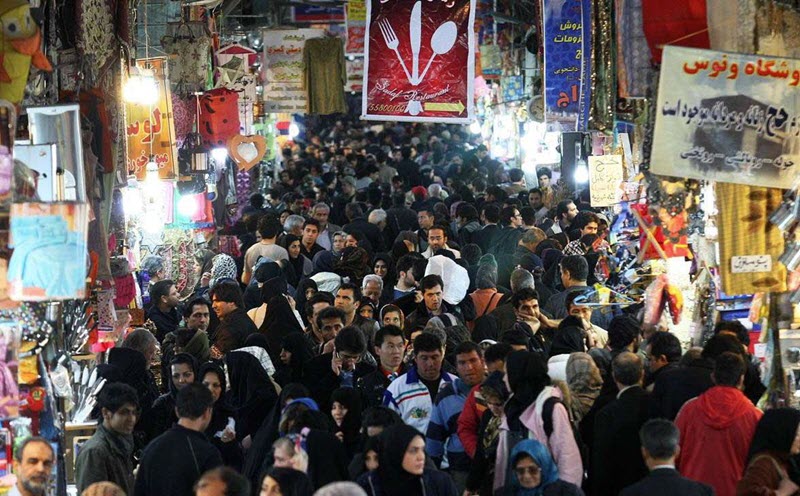 The Iranian New Year, celebrated at the end of March, should have been a happy time for the people of Iran. A time where they could look towards a more prosperous and positive future. There is no doubt that the people will once again be prosperous, but the Nowruz celebrations this year were overshadowed by the widespread flooding across the country.

As well as having to deal with the devastating effects of the flooding, the people have also had to deal with the regime’s incompetence in dealing with the aftermath. Instead of helping the people and putting preventative measures in place to stop the floods from spreading, the regime either ignored the situation or used the occasion to pass the blame.
And now it has become clear that the economic crisis is continuing with no sign of easing up. The first month of this new year in Iran from 21st March to 20th April has seen inflation reach 51.4 per cent. This represents more than a 50 per cent rise since this time last year.

This huge rise in inflation has resulted in a massive rise in prices. The prices of food, tobacco and beverages are now 85.3 per cent higher than they were 12 months ago.

The country’s national currency – the rial – has lost so much value over the years and people have seen their modest savings dwindle away as they struggle to afford the ever increasing prices of the most basic of necessities.

The biggest drop in the rial’s value came last year when U.S. President Donald Trump announced that he was exiting the United States from the joint Comprehensive Plan of Action (JCPOA). At the start of 2018, a single U.S. dollar would have bought approximately 40,000 rials. The rate on the free currency or non-governmental market is now is around 140,000 rials.

This has all come about because of the tough economic sanctions on the Iranian regime. it is something that is necessary and the people welcome. They know that unless significant international pressure is put on the regime nothing will ever change. And change is something that the people really want.

The people are putting as much domestic pressure on the regime as they can, but international powers must back them up with their own forms of pressure. Without these tough sanctions, the regime’s longevity is guaranteed.

The Trump administration has made it very clear that the aim of the sanctions is to cut the regime off from the revenues that it uses to fund terrorist activities across the region. It was announced earlier this month that the Islamic Revolutionary Guard Corps (IRGC) is being listed as a foreign terrorist organisation (FTO). This will also severely impact the regime’s revenues as the IRGC is in control of a large part of the country’s economy. Limiting the IRGC’s revenues will leave it with less resources to continue brutally cracking down on the people.