Iran: Minister of Labor: The Unemployment Rate Will Not Reduce Soon 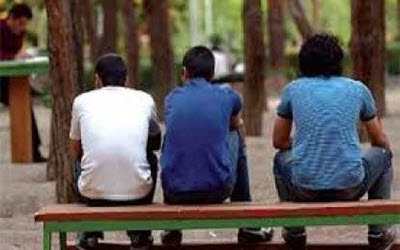 NCRI – The rate of unemployment will not reduce since a large number of young graduates are entering the job market. The Minister of Cooperatives, Labor and Social Welfare, Ali Rabiei stipulated.

On March 21st , IRIB News released a report quoting Ali Rabiei that unemployment rate will remain at the current level if the creation of jobs continues similarly in the next four or five years.

Ali Rabiei gave the speech on Monday evening on the sidelines of a ceremony held for the launch of 60 new products of the pharmaceutical companies that are the subdivision of the Ministry of Labor and the Iranian President, Hassan Rouhani attended the event as well.

Based on the Official Website of the Iranian President’s report, Hassan Rouhani at the ceremony stated: “in recent years, the universities admitted young students in Iran while no plan had been formulated to provide job opportunities for the educated people. Therefore, 5 million students got university admission and currently, 800 thousand graduates are entering the job market annually.”

The official figures show that the unemployment rate has increased from 11% to 12.4% in the beginning of this year, despite government’s claims about creating jobs.

The Statistical Center of Iran also announced that 10.3% of those working had an imperfect employment in the last year. The people belonged to this category work less than 24 hours per week. The statistical data represents that the unemployment rate was more among women, youth living in urban areas in comparison to rural zones. According to the figures, more than 29% of those aged 15 to 24 and 26% of young people aged 15 to 28 have been unemployed.

The Minister of Labor stated that the considerable economic growth was related to the fields that lack employment potential including oil, petrochemical and steel industry and this is a serious issue for the country.

On the state of the economic condition of Iran, the International Monetary Fund Home Page (IMF) in its recent reports estimated the real GDP growth to 6.6 % in 2016; anticipating that the country’s economic growth rate reduce to half, following OPEC agreement to stabilize the level of oil productions. Consequently, in order to increase employment, further investments shall rise in the non-oil industries, which Iranian regime has not achieved much of a success in that field.

Since the authorities announced that 1 million and 200 thousand new jobs have to be created in the New Year. Observers predict that the unemployment rate will increase in this year too.

Previous articleSenior Iranian Mullahs Concerned About the Future Ahead, Powder Keg Society
Next articleSaudi General: Iran Is Imperiling the Stability of Our Region

Reports from Iran indicate there have been at least two riots in Iranian prisons in Lorestan province, northwest Iran, with prisoners trying to escape amid the coronavirus outbreak.   On March 20, 2020, prisoners at the Aligudarz Central Prison,...
Read more
Search