Iran: Ministry of Intelligence Was the Negotiating Partner With U.S. To Exchange Prisoners 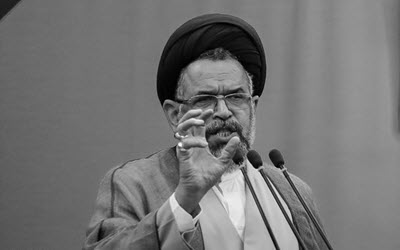 NCRI – Iran’s intelligence minister emphasized once again about its Ministry’s role in negotiations to exchange prisoners with U.S. two years ago.

According to State news Agency ISNA, Mahmoud Alavi said at Friday’s prayer ceremony on May 5th: “Intelligence Ministry did the negotiation of prisoners exchange and consequently that sum of one billion seven hundred and ten million dollars was recuperated some of the  prisoners were released and sanctions on a bank and a number of institutions were lifted.”

At the same time U.S. announced the release of seven Iranians jailed in that country. At the time of release of these four prisoners it was revealed that U.S.  Had delivered $400 million of the Iran’s confiscated assets left from the previous regime which was for purchase of ammunition by Iran.

Later on these actions turned out to be the subject of some heated quarrels between Ministry of Intelligence and Intelligence organization of IRGC each one claiming that release of money and prisoners were due to their own efforts.

Meanwhile, Mahmoud Alavi in his speech on Friday said: “Negotiations with America was basically possible for the Ministry of Intelligence according to a directive of “Supreme National Security Council”. He also said that the ministry under his leadership with providing timely information and warnings on the country’s diplomacy had created a crucial platform for “healthy International relationship”.

Before him, Abolfazl Hossein-Baigy, assistant chair of Parliament’s National Security and International Relations had said that U.S. was supposed to release 20 Iranian prisoners to get Jason Rezaian. However, “They didn’t act upon their promises

Previous articleKhamenei: We Won’t Surrender to UNESCO or Sign its Document for Sustainable Development
Next articleIran Regime’s Minister of Foreign Affairs Admits: All Senior Officials Knew About the Attack on the Saudi Embassy