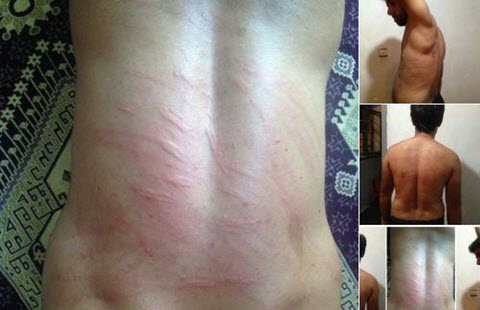 NCRI – Abubakr Mowlania was delivered to his family on Monday, July 31, 2017, after 70 days of detention and torture by the IRGC agents in the dreaded Maku Prison in the West Azerbaijan Province.

According to the reports, Abubakr Mowlania is a 30-year-old married man with a child. In order to earn livelihood, he resorted to piggy backing heavy loads at the border areas of Sardasht, West Azerbaijan Province. It is noteworthy that he got critically injured and was under medical care for six months since the disciplinary police shot him in 2013.

An Iranian MP stated on July 29, 2017, that the number of piggybackers in Iran reaches 70 thousand. These people turned to this job to gain livelihood for their family and they are invariably exposed to the direct firing of the disciplinary police. For instance, the disciplinary police shot 154 piggybackers in 2016 and by which, 66 of them died and 88 others were wounded.

On the other hand, the regime has appointed the disciplinary police to block unauthorized passages under the pretext of organizing exchange in unofficial and temporary markets in the borders of West Azerbaijan, Kurdistan, Kermanshah, and Sistan and Baluchestan provinces.

The Qods News affiliated with the IRGC reported in this regard, “The order to block the unauthorized passages for the piggybackers was issued in 4 border provinces.” This command only results in suppressing and slaughtering the miserable piggybackers who carry commodities in border areas to earn livelihood for their family.