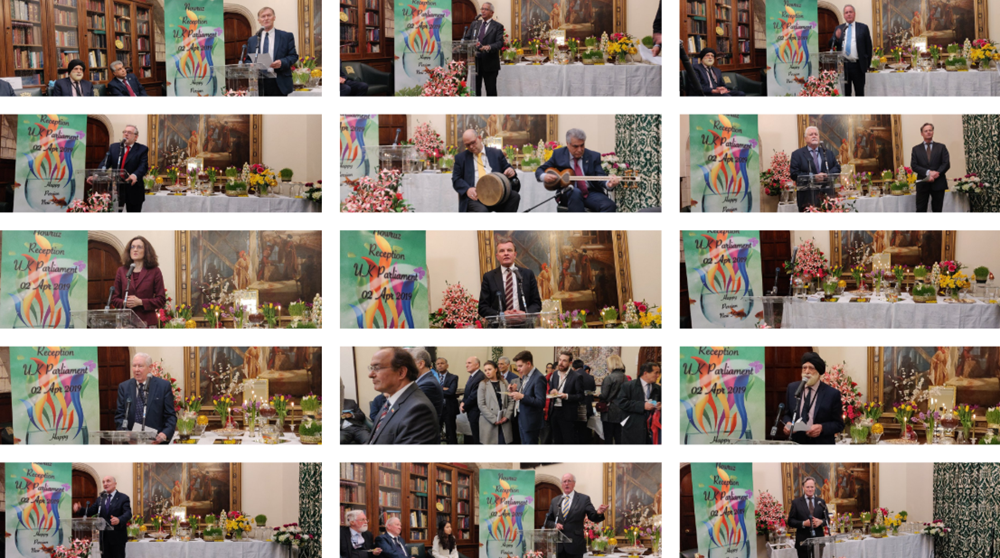 On Tuesday 2nd April, a number of Members of British Parliament celebrated Nowruz, Persian New Year, with a group of Anglo-Iranians. The event was held in Parliament and Peers and MPs took the occasion to voice their support for the Iranian Resistance.

Many of the Peers and MPs expressed their sympathy and condolences to the very many people in Iran who have been suffering due to the recent flooding that has affected large parts of the country.

The speakers also called on the British government to voice its objection to the regime’s crackdown on the people following this terrible flood crisis.

Hope was one sentiment shared by many at the event. Hope that the people of Iran would be victorious in their quest for freedom and democracy. Hope that the regime’s reign of terror would soon come to an end.

Dr Matthew Offord MP said that he was delighted to host the event and described the past year in Iran as “a momentous year of change”. He said that he thoroughly approves of the Home Office’s decision to designate the whole of the Hezbollah group as a terrorist organisation and called for similar action to be taken with regards to Iran’s Intelligence Ministry and IRGC. Although he acknowledged that part of the Intelligence Ministry was blacklisted by the European Union after the foiled bombing attempt on the opposition’s gathering in Paris last year, he emphasised that it does not go far enough.

Representing the NCRI Foreign Affairs Committee, Farzin Hashemi thanked the Peers and MPs for their support. He reminded those present that change in Iran is “within reach” and that the people of Iran deserve to live in a country that is democratic and free. Mr. Hashemi said that it is the people of Iran that will “write and create such a destiny with their own hands”. “The gates of Iran are open to embrace a future without oppression, inequality and injustice; a republic based on the separation of religion and state; a country ruled by its people’s suffrage and sovereignty, where the people’s votes have the first and final words.”

Former Secretary of State for Wales, Rt Hon David Jones MP, spoke about the regime’s increasing fear of the opposition, stating that it has failed to eliminate members through terrorist plots that were thankfully foiled.

Overall, the Peers and MPs along with the members of the Anglo-Iranian communities called on the British government to work with the EU in pressuring the Iranian regime. They said that the government must adopt a firm policy towards Iran, taking into account the people’s desire for freedom, democracy and change. They also highlighted that the NCRI exists as a viable alternative to the Iranian regime.

Previous articleIran Regime Behind Cyber-Attacks on UK Infrastructure and Parliament
Next articleIRAN: Numerous People Wounded in Clashes Between IRGC and Flood-Stricken People in Khuzestan

Reports published by the Iranian Resistance from Iran indicate the Iranian regime has started a new wave of arrests of youth and supporters of the...
Read more
Search