According to the state TV, the director-general of the Iranian regime’s Water Resource Management announced on April 17: “By April 17, the total volume of water in the country’s dam reservoirs has reached about 26.15 billion cubic meters, which is a 12 percent decrease compared to the same period last year.”

On April 17, the state-run ISNA news agency also reported that water tariffs would rise in price even more. ISNA wrote: “Those in charge of revising the method of water tariffs have put it on the agenda for the new year.”

Meanwhile, images posted on social media show that the regime is not only refusing to undertake measures to solve the water crisis, rather the state-affiliated ‘water mafia’ is taking advantage of the crisis in various ways, i.e. setting up water vending machines in city streets and selling water to needy people. 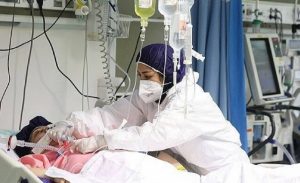 “Despite the increase of new Covid-19 cases in the world, including in China, the process of normalization in Iran continues and the individual, as well as public health care, have reached their lowest level since the official identification of the coronavirus in the country in February 2019,” the state-run newspaper Hamdeli wrote today. “Following the huge wave of travels and the immediate reopening of schools and universities, the number of deaths in Tehran and the number of hospitalizations in 16 provinces of the country has increased, while the number of cities with high contracting numbers has multiplied. According to a local human rights organization, on Sunday, April 17, eight ‘kulbars’ (poor people who carry heavy loads for a living) were wounded on the Nowsud border by the state border guards, bringing the total number of wounded ‘kulbars’ to 15 over the past week.

According to the source, the criminal guards of the border regiment fired directly at the freight carriers, wounding them in the head, back, and hands. The victims have now been taken to a hospital in the city of Paveh for treatment.

While the world has witnessed more than two decades of numerous rounds of fruitless negotiations with the Iranian regime over the nuclear dossier, Tehran still tries to blame others for the deadlock in Vienna talks.

In political analysis, the state-run ISNA news agency wrote on April 16: “In recent years, as the US government has intensified its pressure on Iran. The terrorist organization of the hypocrites (the pejorative term used by the regime to disparage the MEK) has been able to infiltrate the US political structure and become an influential element in increasing tensions in US-Iranian relations… In this regard, they are trying to gain support for themselves through consultation and lobbying in Western politics, to use it as leverage against Iran. One of the most obvious indications of this group’s lobbying can be found in the US Congress. In recent years, we have witnessed the passing of bills, resolutions, and speeches in support of the hypocrites and against the Islamic Republic.”

“In order to increase tensions in Iran-US relations, the hypocrites have put critical and sabotaging actions on the agenda, and they intend to block any interaction with Tehran by influencing the US Congress,” the author concludes by blaming the MEK while covering the regime’s stubborn delay tactics in the talks. 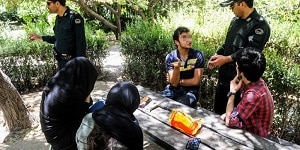 Referring to the implementation of the police monitoring plan against the food and the beverage industry during the month of Ramadan, the commander-in-chief of the state police announced the closure of 3,419 units and the issuance of seal warnings, commitment or filing of cases for more than 33,000 others. According to him, 176 vehicles have been confiscated because their owners have eaten in public. 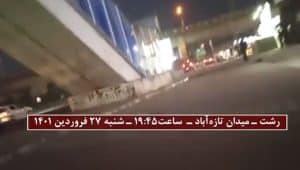 Members of Resistance Units, an expanding network of brave and resilient Iranians associated to the opposition People’s Mojahedin Organization of Iran (PMOI/MEK), are escalating their ongoing campaign of measures aimed at weakening the regime’s crackdown across the country, now in the cities of Rasht, Mashhad, Langarud, and Neyshabur.

In Rasht, one of the country’s main northern cities with a large population, anti-regime slogans were aired in public at 7:45 pm on Saturday, April 16, followed by excerpts of speeches delivered by Iranian Resistance leader Massoud Rajavi, and Mrs. Maryam Rajavi, President-elect of the Iranian opposition coalition National Council of Resistance of Iran (NCRI).

April 17 – Tehran, #Iran
Anti-regime slogans aired in public:
"We don't want a Shah nor the mullahs! Damned be both!"
"Death to Khamenei-Raisi!"
"Shah, sultan, velayat, your end is near!" in reference to the mullahs' regime#IranProtests #اعتراضات_سراسریpic.twitter.com/EACPEfhStx The retirees and pensioners of the Social Security Organization held protest rallies in different cities of Iran on Sunday, April 17, 2022. The protesters, including many women, had their demonstrations outside the Social Security Department in Arak, Karaj, Mashhad, Kermanshah, Rasht, Ardabil, Bojnourd Ilam, and other cities.

The retirees and pensioners of the Social Security Organization protested low wages and pensions, supplementary insurance problems, and poor living conditions. This deprived sector wants their monthly salaries raised and adjusted to the present inflation rates. 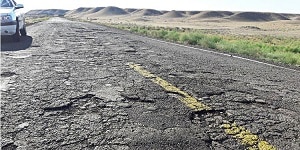 Iran under the clerical mullah’s rule holds the record for the highest number of executions (per capita) in the world. It also ranks first in detaining, torturing, and executing juveniles. Other high ranks in Iran include Iran’s brain drain, and the number of road fatalities, among others. This is the grim reality the people of Iran have been dealing with in the past four decades of the mullahs’ rein in the country. 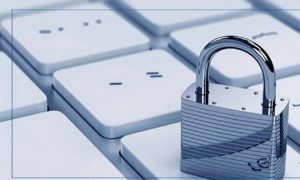 Over the past few months, the Iranian regime has been implementing its so-called “Internet Protection Bill,” to intensively restrict people’s access to the online world of free information and disrupt the connection between the Iranian Resistance and the rest of society. Since this plan became public, the Iranian people have consistently confronted this decision.

The regime has been in a rush to implement its decision, and throughout this process, officials have continued to pass the issue to each other, as though they are playing with a ball of fire, to shirk any responsibility. This is because they know that they will have to deal with the consequences of this decision in the near future. Rasoul Bodaghi, a member of the Board of Directors of the Iranian Teachers Trade Association (ITTA), has been sentenced to five years in prison and banned from residing in Tehran and neighboring provinces for two years.

Mr. Badaghi’s lawyer, Ramin Safarnia, tweeted on Saturday, April 16, that the activist was sentenced to four years in prison on charges of “assembly and collusion” and one year in prison for “propaganda activities.” He was also sentenced to a one-year ban on leaving the country and a two-year ban on residing in Tehran and all neighboring provinces.

Iran: Activities of the MEK Resistance Units in Various Cities, From the 7th to the 12th of April 2022

Iran, April 7, 2022—The Iranian Resistance Units, the internal network of the People’s Mojahedin Organization of Iran (PMOI/MEK), honored MEK members who were killed on April 8, 2011, during an attack against Camp Ashraf by Iranian regime proxies in Iraq.