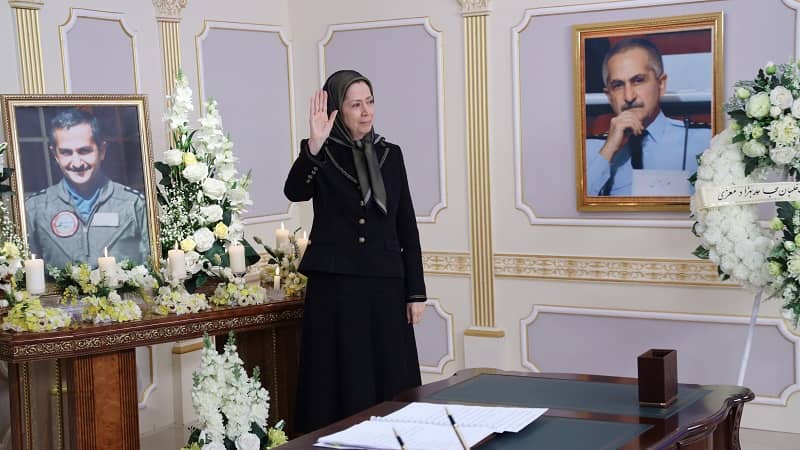 Jan. 16 – Isfahan, Central #Iran
Farmers held a large gathering yesterday to demand their water rights and other violated rights by the regime.
"Down with the deceitful government," they chant in unison. https://t.co/BxGOklZpIL pic.twitter.com/32K1J4yims

How the IRGC is gearing up for more control in Iran 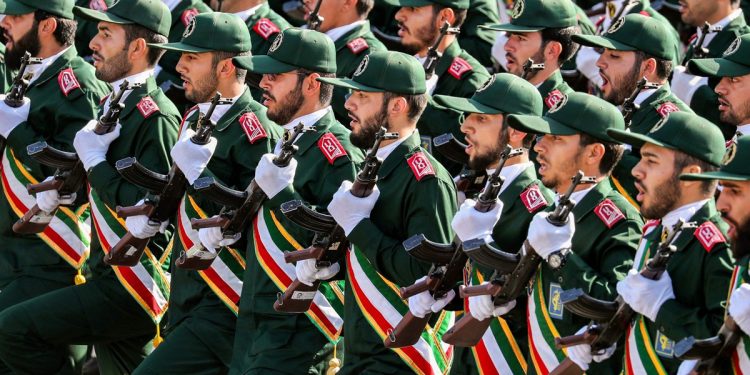 Most executive institutions in Iran are somehow under the control and supervision of the Velayat-e Faqih, aka the Supreme Leader, Ali Khamenei. However, town, and village council elections are the only vote in Iran that are held without the direct supervision of the Guardian Council. Therefore, efforts have been made to control and monitor these elections in various ways. For example, on January 13, Ali Haddadi, a spokesman for the Iranian parliament’s internal affairs commission, said Parliament was considering a plan to employ the intelligence services of the IRGC in the approval process of town and village council candidates.

Kermanshah Cheif of Security Police (W #Iran): Several women who sang in a ceremony and then published the video of the ceremony on the internet were arrested.

Women are not allowed to sing in Iran. pic.twitter.com/OLT7QAeybD

The NCRI holds a special meeting to pay tribute to the national hero, Colonel Behzad Mo’ezzi 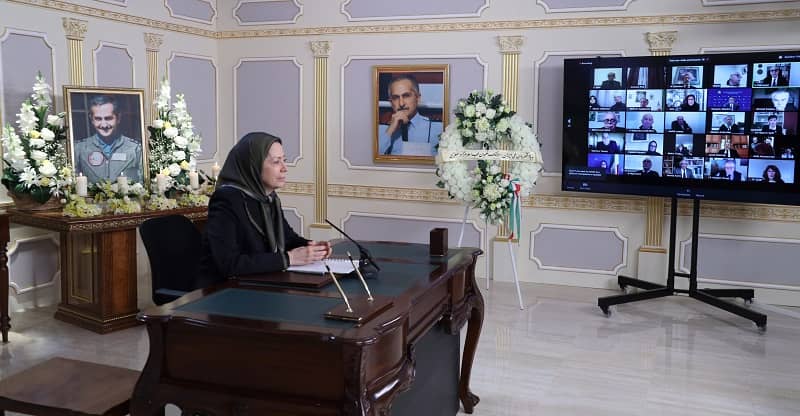 The National Council of Resistance of Iran (NCRI) held a special meeting to pay tribute to the national hero, Colonel Behzad Mo’ezzi. The meeting connected NCRI members in various countries with PMOI (MEK) members at Ashraf 3, and featured speeches by Maryam Rajavi, the President-elect of the NCRI and NCRI members.

The National Council of Resistance of #Iran held a special meeting to pay tribute to the national hero, Colonel Behzad Mo’ezzi. The meeting connected NCRI members in various countries with PMOI members at Ashraf 3, and featured speeches by Maryam Rajavi & NCRI members. pic.twitter.com/oxVTtKKx10 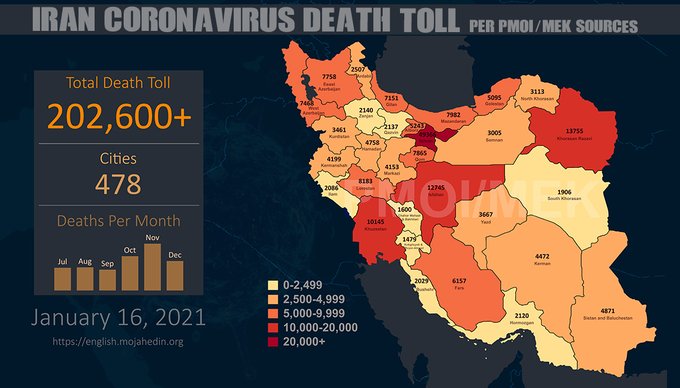 More than 202,600 people have died of the novel #coronavirus in 478 cities checkered across all of Iran's 31 provinces, according to the Iranian opposition PMOI/MEK. 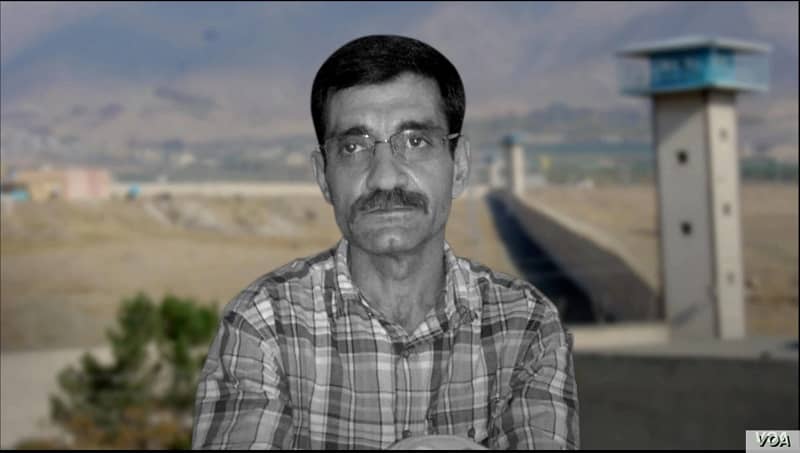 The family of a jailed Iranian dissident who is marking 20 years in Iran’s prison system without a single day of leave is appealing for international help in securing his parole from a life sentence for supporting an exiled opposition group.

Saeed Masouri, who is in his mid-50s, has been imprisoned in Iran since Jan. 8, 2001, for being a supporter of the People’s Mujahedeen of Iran, also known as the MEK. The group is led by France-based activist Maryam Rajavi and advocates the overthrow of Iran’s ruling Islamist clerics. 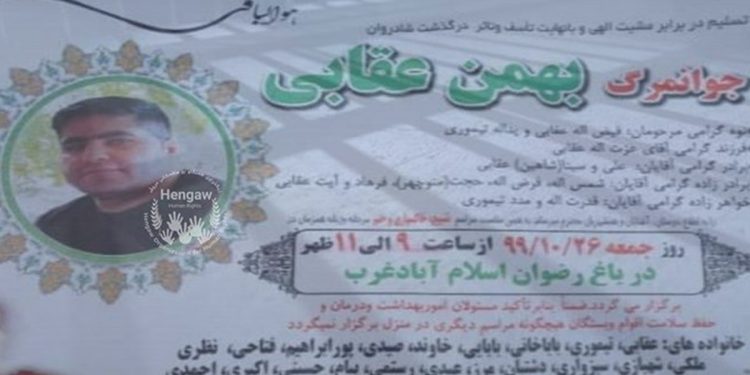 Iranian intelligence police tortured a 35-year-old inmate to death in western Iran yesterday. According to Hengaw human rights website, the man identified as Bahman Oghabi was brutally beaten until he passed out in an Islamabad police station, and later passed away in the hospital.

Political prisoner Raheleh Ahmadi in dire health, might be paralyzed 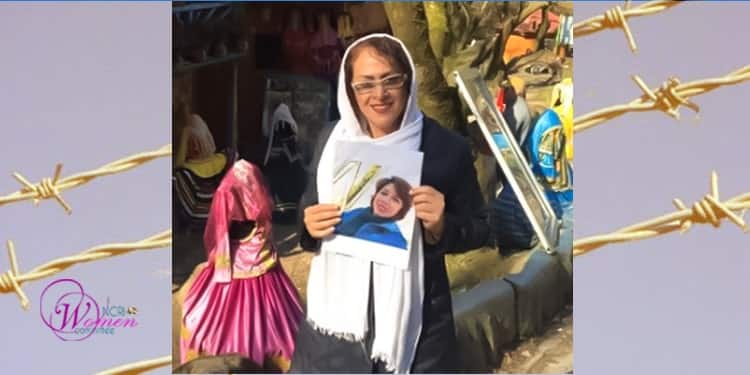 Raheleh Ahmadi suffered a nervous shock after her daughter, Saba Kord Afshari, was abruptly relocated to the notorious Qarchak Prison. She had mobility problems and was sent to hospital twice, including on January 5, 2021, when she was sent to Tajrish Hospital. Specialist physicians say she could be paralyzed. No decision has been taken on her treatment while the decision is an emergency.

Iran: Call for Justice for Victims of IRGC Plane Downing 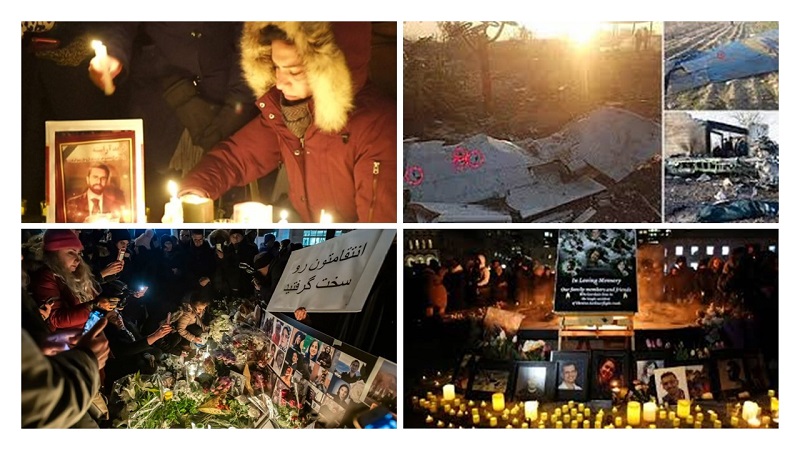 On January 8, 2020, the Islamic Revolutionary Guard Corps (IRGC) shot down a Ukrainian passenger jet with two surface-to-air missiles, just minutes after it had taken off from Tehran airport, killing all 176 people on board.

The regime denied responsibility for three days – even trying to blame manufacturer Boeing – and refused to hand over the black box. However, on January 11, the General Staff of the Armed Forces admitted that it was Iran’s fault and blamed “human error,” sparking several days of protests at universities and in cities. 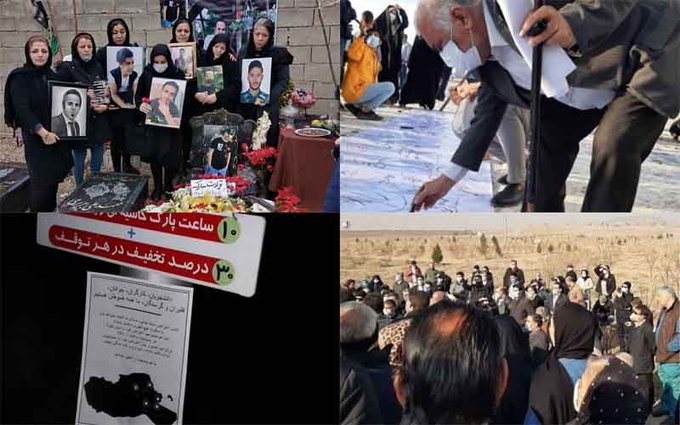 On January 15, Iranian citizens once again vented their anger over the regime’s performances through protests and rallies. In this respect, people held at least three rallies and strikes in different cities. 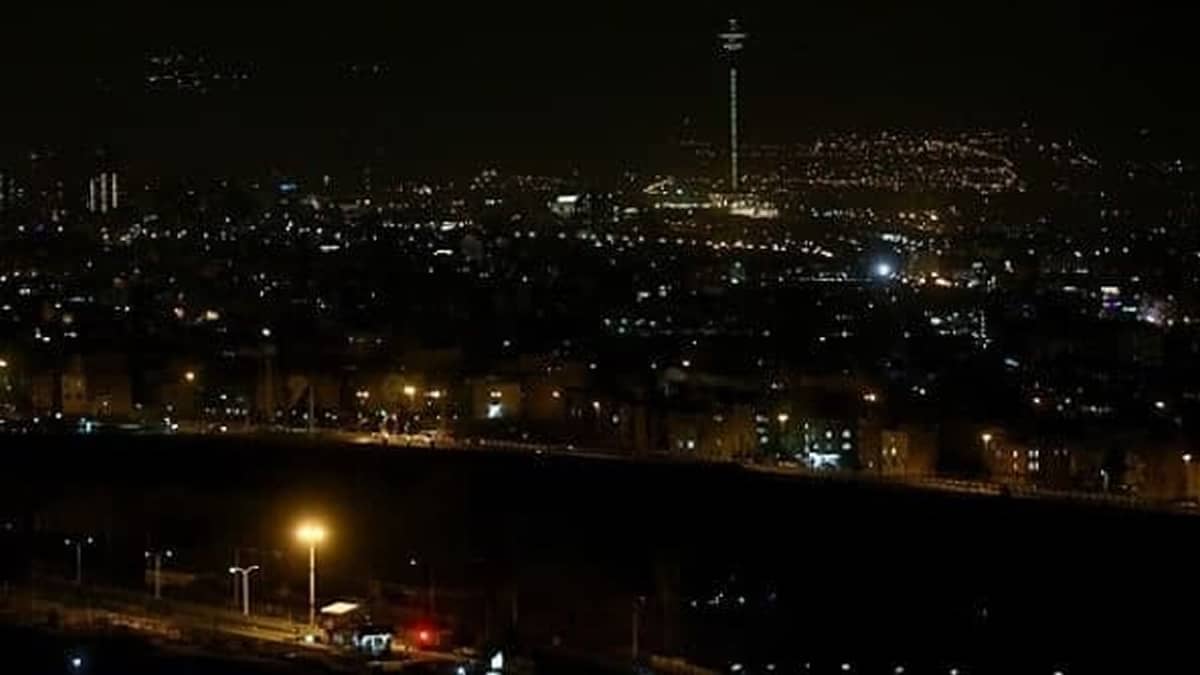 Iranians all over the country, including the capital Tehran, have been experiencing unannounced blackouts for the past few days. Before the blackouts, the government started burning mazut, a carcinogenic low quality fuel oil, to run power plants. When faced with popular discontent about the dangerous levels of pollution, especially in the capital, relevant officials told Iranians they had to choose between pollution and power outages.