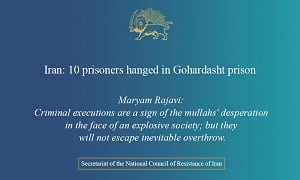 On Wednesday, June 29, in a heinous crime, the clerical regime hanged 10 prisoners en masse in Gohardasht Prison in Karaj. On June 22, two prisoners were executed in Karaj Central Prison and a Baluch prisoner in Jiroft, and on June 23, another prisoner was executed in Kerman.

In 2022, Iran Becomes a Testbed for the Real Democratic Alternative 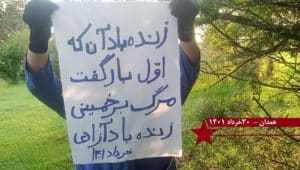 One of the main characteristics of 2022 is the acceleration of the socio-political developments and the escalation of the confrontation between the Iranian regime and its opposition. This is reflected in remarks by  Ebrahim Raisi as the regime’s president and the elimination of the so-called reformist faction.

Regime’s supreme leader Ali Khamenei had hoped Raisi would be able to curb the increasing protests. Now, one year into Raisi’s presidency, we see that Khamenei’s “Young Hezbollahi Government” has failed to reach its intended goals. Zeinab Jalalian deprived of any possibility of medical treatment, receiving medical leave, or receiving visits from her family, is presently detained in Yazd Prison, where she was banished last year.

This Kurdish political prisoner with a life sentence is detained in Yazd Prison, violating the principle of separation of crimes.

Why Focus On Women’s Hijab While the Economy Is in Shambles? 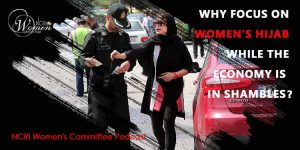 Instead of focusing on the economic situation that is in shambles, the Iranian regime is spending a lot of money to control women’s Hijab.

Enforcing the mandatory veil is used as a tool of repression. The clerical regime finds its male-dominated and medieval interpretation of Islam a systematic way to chain Iranian women and deprive them of their freedoms.

Iran: Raisi Government Breaks the Poverty Record in the Past 60 Years 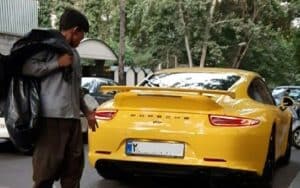 Nearly a year ago, Ebrahim Raisi took office as the Iranian regime’s president. He was already infamous among Iranians due to his record as a leading member of the “Death Commission,” responsible for sending thousands of political prisoners to the gallows in 1988.

Following his inauguration, he made numerous promises to revive the country’s moribund economy in order to whitewash his notorious background. “Liar Raisi, what happened to your promises,” is one of the slogans currently chanted by citizens in their rallies, showing their fury over Raisi’s failure to deliver his promises. 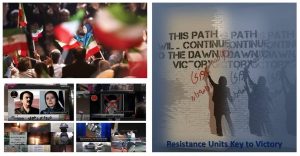 It is not enough to simply say what we do not want, and what must not exist, like after the fall of Shah’s dictatorship. Rather than, one must specify what it is that they want exactly and what must exist instead. This has formulated by the establishment of NCRI and Mrs. Maryam Rajavi’s Ten-Point Plan.

For four decades, the tyrannical regime in Iran did anything from demonization campaigns, and massacres to terrorism to destroy this alternative. It has been seeking to deny the alternative and convince the world that it must accept the regime and the medieval Middle East as the mullahs want it.