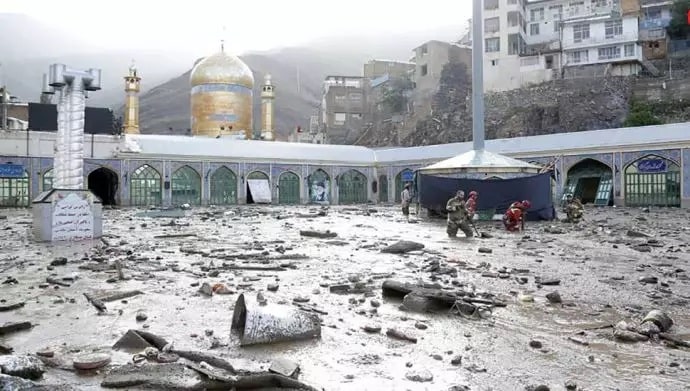 Today, despite warnings from agents of the Ministry of Intelligence (MOIS), the people of Jonaghan in Chaharmahal and Bakhtiari province, held a ceremony to honor the death of Iman Sabzikar, a young worker who was executed after being accused of killing a police colonel two years ago.

In the morning of July 23, the regime’s judicial agents in Shiraz hanged the political prisoner Iman Sabzikar in public in order to intimidate the public and spread fear to control an inflamed social situation. It was the first public execution after 2 years.

Last February, following the harassment of two young people at a local police station, some youth clashed with the security forces, and consequently, a police colonel, Ali Akbar Ranjbar, the deputy of the police station, who had attacked the people, was killed.

Following the conflict, Iman Sabzikar was arrested by the MOIS and the police force, and after brutal torture that resulted in the breaking of his arms, legs, jaw, and teeth, he was sentenced to death in retaliation for the murder of Colonel Ranjbar.

Serious Disruption of Internet in Iran

Multiple sources, including Iranian state media are reporting a serious disruption of the internet inside Iran. In addition to the Internet, the mobile network is also down, and many users are unable to contact others.

Since mid-July, this is the second time that the nationwide internet has been disrupted. On July 25, news broke about a nationwide internet shutdown. The Ministry of Communications announced that the cause of the internet outage was a power failure in the infrastructure communications company (LCT building). But the claim was quickly dismissed by the Electricity Distribution Authority and the company announced that “no power outages have occurred in this company”.

The state-run Tejaratnews wrote today: “Of course, internet outages in Iran are happening after the Minister of Communications’ trip to Russia, and for this reason, many people believe that these are probably the result of Issa Zarepour’s trip to Russia. During his trip to Russia, Zarepour had clearly stated: ‘While under sanctions, it is necessary to distance yourself from Western operating systems and applications to eliminate dependence on their products. To achieve this goal, Tehran and Moscow are going to invest in the development of “strategic database management software (DBMS).”

Even though the reason for the internet disruption has not yet been stated, political spectators and Iranians on social media have expressed their concern that the frequent outages may be the basis for the enactment of a nationwide internet shutdown under the pretext of running “the national internet” or the implementation of the “Internet Users Protection Bill”.

Amid Devastating Floods, State-run Newspaper Displays Roots of the Problem 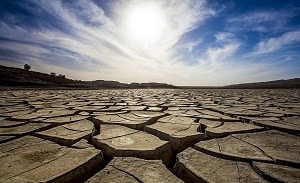 The state-run Etemad newspaper wrote on July 30: “During the last 6 decades, about 18 million hectares of the country’s forests have diminished. If we continue with this trend, there will be nothing left of Iran’s forests in 75 years! According to a report by the United Nations in 2018, the total soil erosion in the world is 24 billion tons, and one-twelfth of it, 2 billion tons, happens to take place in Iran, while Iran has only one-hundredth of the world’s territory. That means Iran’s soil erosion rate is 8 times the world average. The matter becomes more worrying when we learn that the formation of one cubic centimeter of soil in Iran takes an average of 800 years.”

Floods ravage 27 provinces across Iran, death toll estimated to be at least 100 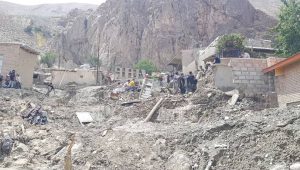 For the past few days, flash floods have devastated hundreds of areas across Iran, leaving behind a monstrous path of death and destruction. Estimates indicate the death toll to have surpassed the 100 mark. Mehdi Valipour, head of the regime’s Red Crescent is reporting the official death toll at 61 and 32 others missing. The head of the regime’s Crisis Management is warning that floods have been reported in 385 areas of at least 111 cities across 27 of Iran’s 31 provinces.

Previous article
Iran: COVID Red Cities Increased From 57 to 120 and Orange Cities From 86 to 112. Blue Cities Declined From 106 to 50
Next article
Albanian Police Operation Debunked MOIS Agents Disguised As Sources to Western Media