Amnesty International: Mohammad Hassan Rezaiee is hours away from execution

Mohammad Hassan Rezaiee arrested at 16 and tortured to "confess” is hours away from execution in a prison in Rasht, Iran. @khamenei_ir @HassanRouhani @JZarif must halt his execution now and ensure a fair retrial in accordance with the rules of juvenile justice. #SaveHassan pic.twitter.com/Yvmy0LlEym

The Iranian regime has sown instability and terror, threatening the U.S. and our allies. The @realDonaldTrump Administration didn't accept the status quo and re-imposed sanctions, initiating a campaign of maximum pressure. America will not be held hostage to nuclear blackmail. pic.twitter.com/z4JQTNOUnd

Workers of the Rural Water & Sewer Org. in Andika, SW #Iran gathered today to demand their rights. They have not received 30months of insurance, 1yr of wages & 5yrs of their bonuses. #IranProtests

Note that the regime practically hands out money to its terrorist proxy forces. pic.twitter.com/lSU7d8p9rf 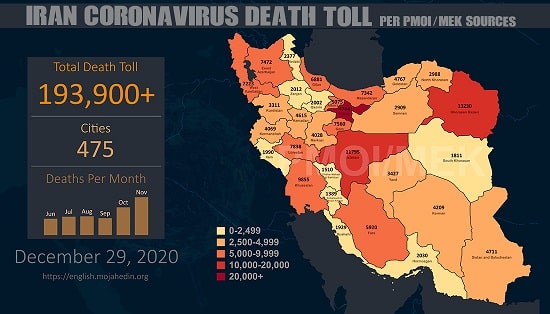 Continued detention of civil activists in Ward 209 of Evin Prison

Civil activists Nazanin Mohammad Nejad, Bahareh Soleimani, and Somayyeh Kargar continue to be detained in Ward 209 of Evin Prison. They have been arbitrarily arrested and are presently detained in limbo.

Nazanin Mohammad Nejad is a student of the Russian language in Tehran’s Allameh Tabatabaii University and one of the former student activists of Tehran University. 21 days after her arrest, she is still being detained in limbo. Forces of the IRGC Intelligence raided her home on December 8 and arrested this student activist. Her family has no information about her health condition.

Update on the conditions of Mehran Qarebaqi and Majid Khademi

The public and Revolutionary Prosecutor of Behbahan arraigned them with charges of “propaganda against the state,” “complicity in destruction and setting fire to public property,” “participation in disturbing public order,” “participation in making civilian incendiary material” and “membership in an opposition group (The People’s Mojahedin Organization of Iran – PMOI/MEK) and corruption on Earth.”

A death-row prisoner in Iran, has been taken to solitary confinement

A death-row prisoner from Sarvabad, Mostafa Saifi, 28, has been taken to solitary confinement in the Central Prison of Sanandaj since Sunday morning December 27, to prepare him for implementation of his verdict. #Iran #StopExecutionsInIran pic.twitter.com/mgvWtK7F9U

January 3 marks the first-year anniversary of the death of the former commander of the Islamic Revolutionary Corp’s (IRGC) Quds Force. To praise Qasem Soleimani and underline his image as a “hero” to Iran’s proxy groups, terrorist organizations in Lebanon and Palestine are letting their followers know just how much he will be missed.

On December 27, a senior member of Hamas, a Palestinian terrorist group told the Iranian regime’s Arab TV that Soleimani had given him and his companions $22 million in cash. 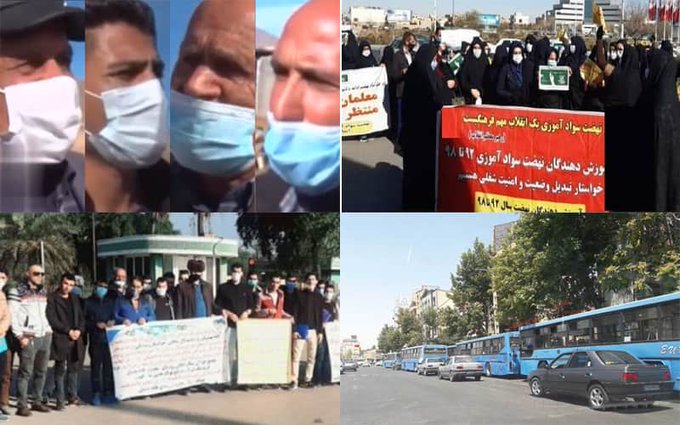 In the lead-up to 2021, the Iranian people continued their struggle for their inherent rights. In this context, they held at least five rallies and strikes in different cities in the span of 24 hours.

In their protests, Iranians from different walks of life expressed their complaints against the regime’s irresponsible policies in diverting rivers’ paths, causing sabotage in the literacy movement, expanding unemployment, and failing to pay people’s salaries. 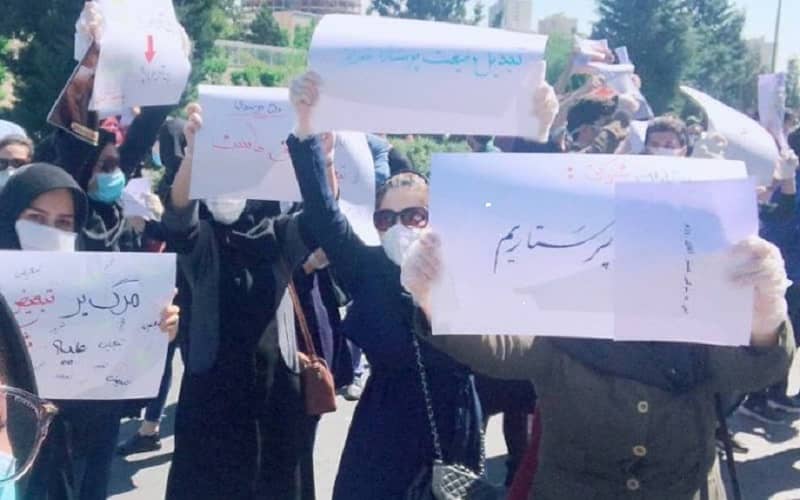 Iranian Supreme Leader Ali Khamenei controls one of the biggest financial empires in the world – an estimated $200 billion – but refuses to use any of that to help the people. This has been true for decades but rang especially cruel during the coronavirus crisis.

One of the biggest victims of Khamenei’s refusal to part with even the smallest amount of his ill-gotten gains is Iranian nurses, who he cried crocodile tears for in an impromptu television interview on Sunday, calling them “angels above patients.”