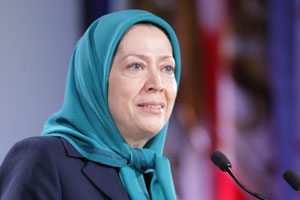 Paris (AFP) – Any deal between world powers and Iran that does not demand a complete halt to uranium enrichment will give Tehran the opportunity to acquire nuclear weapons, an exiled opposition group cautioned Sunday.

The warning by the National Council of Resistance of Iran — which has made significant revelations about Tehran’s nuclear drive in the past — came hours after world powers failed to clinch an agreement after marathon three-day talks in Geneva.

But both sides will reconvene on November 20 to start afresh, after France raised concerns that a proposal on the table this time round did not go far enough to curb Iran’s nuclear ambitions.

It is unclear what exactly the proposal contains, but the opposition group warned that an agreement that did not require a complete end to uranium enrichment “will actually provide further opportunity for this regime to obtain nuclear weapons”.

The council’s lead Maryam Rajavi said a deal must also call for the end of “the production and installation of centrifuges, complete closure of the Arak heavy water site, accepting… open access for the International Atomic Energy Agency to all of the regime’s sites and experts”.

The talks involved the P5+1 group, which includes the five permanent members of the UN Security Council — Britain, China, France, Russia and the United States — plus Germany.

Negotiations over Iran’s atomic activities had stalled for years, but the election of President Hassan Rouhani — seen as a relative moderate — in June gave fresh momentum to the talks.

Following failure to clinch the deal, Rouhani pleaded for the continued backing of Iran’s parliament in the negotiations while insisting that Iran would not abandon its nuclear rights, including uranium enrichment.

But Rajavi said that obtaining nuclear weapons was part of the Iranian regime’s strategy for survival, and accused Rouhani and Foreign Minister Mohammad Javad Zarif of “seeking to deceive the world” on the orders of supreme leader Ayatollah Ali Khamenei.