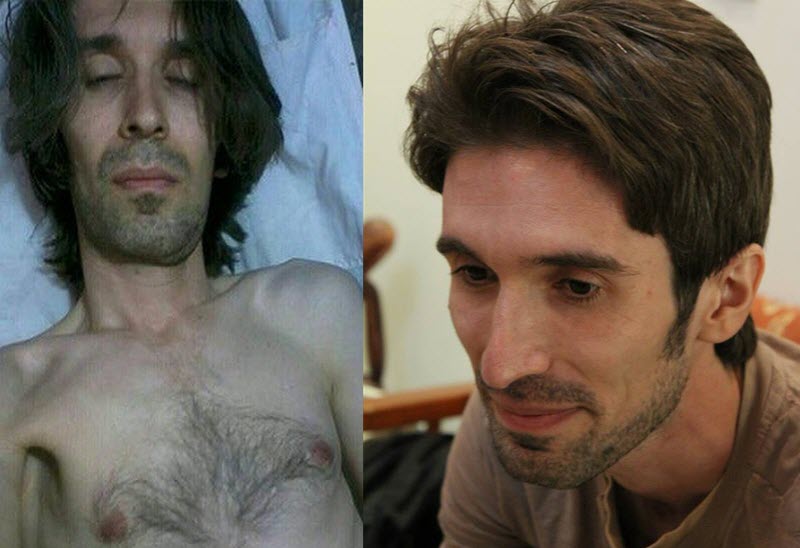 Iran is denying urgent lifesaving medical treatment to a political prisoner who was diagnosed with a rare form of bone cancer.

Arash Sadeghi, 38, is serving 19 years in prison for peaceful human rights work, which includes speaking to the media and Amnesty International.

He has been suffering from medical problems since he was sent to Raja’i Shahr prison in Karaj in June 2016. It is believed that they started with an untreated infection on his shoulder that developed after an operation, causing him severe pain in his arm.

Sadeghi was eventually transferred to a medical centre, where doctors diagnosed him with a cancerous tumour in his shoulder and recommended an immediate transfer for specialised medical treatment. Prison authorities stopped the transfer though and have repeatedly denied requests for further treatment or checkups. At first, Sadeghi wasn’t even told the diagnosis.

Sadeghi hasn’t been to a hospital since September and is now unable to move his right arm, with the infection on his shoulder getting worse by the day. His father Hossein recently tweeted to express his concern over Sadeghi’s health.

Sadeghi was convicted of “acting against national security, attending protests, defamation of the supreme leader, forming illegal groups, and propaganda against the regime” and sentenced to 15 years. He had previously been given a suspended 4-year jail term, which was added to the new conviction.

Sadeghi said these charges were fabricated by the judiciary and the Revolutionary Guard Corps.

In September, Amnesty International launched a campaign to urge the Iranian Regime to allow Sadeghi to transfer to the Cancer Institute to undergo critical tests, following his family’s failed attempts to convince the Prosecutor’s Office in Tehran to authorise his transfer.

Amnesty wrote: “Arash’s life is hanging in the balance – medical staff are saying that “time is of the essence” … The Iranian authorities [need] to release Arash immediately and ensure he gets the specialised medical care he needs.”

Sadly, despite getting 11,000 signatures, the Amnesty campaign was ignored by the Regime and Sadeghi is still in need of treatment.

Sadeghi’s wife, Golrokh Ebrahimi Iraee, is also serving a prison sentence for activism against the Regime. She was sentenced to six years in prison for writing an unpublished story about the barbaric practice of stoning someone to death.

Sadeghi and Iraee, who was in the hospital at the time and unable to attend the trial, was tried by Branch 15 of the Revolutionary Court. Judge Abolqasem Salavati refused to postpone the trial to hear Iraee’s defence. Still, the charges of “collusion against national security”, “propaganda against the state”, “spreading lies in cyberspace”, and “insulting the founder of the Islamic Republic [Khomeini]” were upheld on appeal.

Sadeghi went on hunger strike for 71 days to protest her sentence and was left with several health complications.