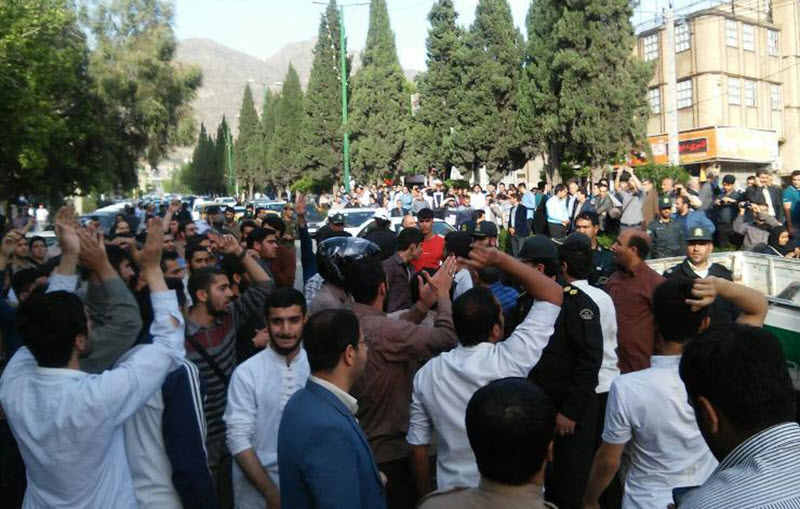 The ongoing protests and strikes in Iran, have become significant determining factors for people’s social and political affairs.

Dominated by such an oppressive, non-responsive, and monopolistic regime, it’s inevitable that these protests and strikes are deemed political, or as the regime puts it, “security” concerns; and as they grow in frequency and intensity (as they have so since January), so do people in their potential to subvert the regime.

As observable by many experts, analysts, and government officials, people are extremely angered by the spending of national wealth and resources on malicious governmental interests. People are understandably frustrated with delayed payments, struggle for food, and many other resultant issues that threaten their very survival; in such poor conditions, they are left with no other option but to protest and strike to express their needs.

Several observations can be made from these protests and strikes, which can be summarised as below:

1. An end to regime’s blatant attempts at oppressing the protests

2. Organisation and assembly of rallies, mostly via online means of communication

3. The ongoing expansion of rallies into bigger stronger ones

4. The persistence of protests and strikes

5. The impressive role of women in all rallies

6. The increasing politicisation of slogans over the years, and the call for a governmental re-structure

What we are witnessing from these protests and strikes is that most social groups have lost their hopes in this regime and are therefore calling for its subversion.

The persistence of these rallies is simply indicative of a society in crisis of livelihood, and a government in crisis of legitimacy.

The civic, social, cultural, economic, and political movements that have been taking place, are people’s attempt at demanding their rights for a comfortable life and a freedom of choice.
The recent crises, from the nuclear deal to the economic challenges, inner conflicts, and failures in Syria and Yemen, have all pushed the regime to an obvious impasse.

The regime must now decide between giving into the demands of Iranian (both in and out of the country) or continuing to be the target of even stronger protests.

The truth is, these rallies are only going to continue to spread, and ultimately lead to the subversion of the clerical dictatorship, which is the very root of all existing problems.

As evident from its efforts over the past 37 years, the National Council of Resistance of Iran (NCRI) shares this goal (i.e., the destruction of regime) with other Iranians who are all calling for an immediate change of regime, as evident from their ongoing demonstrations.

To bring the efforts of Iranians to fruition, NCRI will be hosting a huge rally, which some refer to as the “galaxy of all uprisings”, on 30th June in Paris. This rally will demonstrate to the world the common goal of all Iranians and will also serve as a reminder that that the only effective way to address the current problems is to overthrow the regime and support its replacement with a viable Democratic Alternative.