Iran Protests: Fifteenth Day of the Uprising for Regime Change 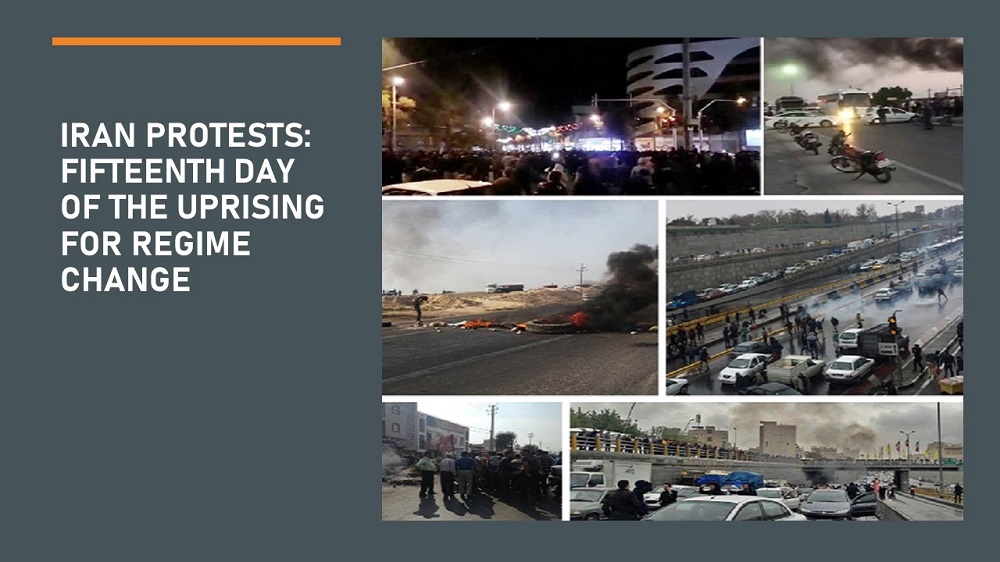 The content of this page will be updated with the latest news of the  &all Western nations must condemn the violence &savagery of the regime. The West must make it known that we stand shoulder to shoulder with the in demanding .”

— NCRI-FAC (@iran_policy) in November which seek . uprising face torture, forced confessions and executions. In these circumstances, the dispatch of international fact-finding missions to visit Iranian prisons is even more imperative.

— People’s Mojahedin Organization of Iran (PMOI/MEK) (@Mojahedineng) Activists | to extract confessions and forcing those detained to take part in television interviews are routine practices under the() mullahs’ rule. These practices are egregious and must be condemned by the international community. pic.twitter.com/8AeGvNbDLx

The Iranian regime’s communications ministry has told all subsets of the executive branch to create an Excel spreadsheet of “all foreign websites and online services” they need and send it to the National Information Network (NIN) administration. NIN is a state-run intranet that will have very limited interface with global online services that are beyond the Iranian regime’s control.

Read more:  Fourteenth Day of the Uprising for Regime Change

Iranian regime’s officials have been warning one another for years about the potential for a new revolution in the country. They may not express...
Read more
News

Reports from Iran indicate there were further protests by various sectors of society within the past week. These protests are mainly due to Iran’s...
Read more
Search