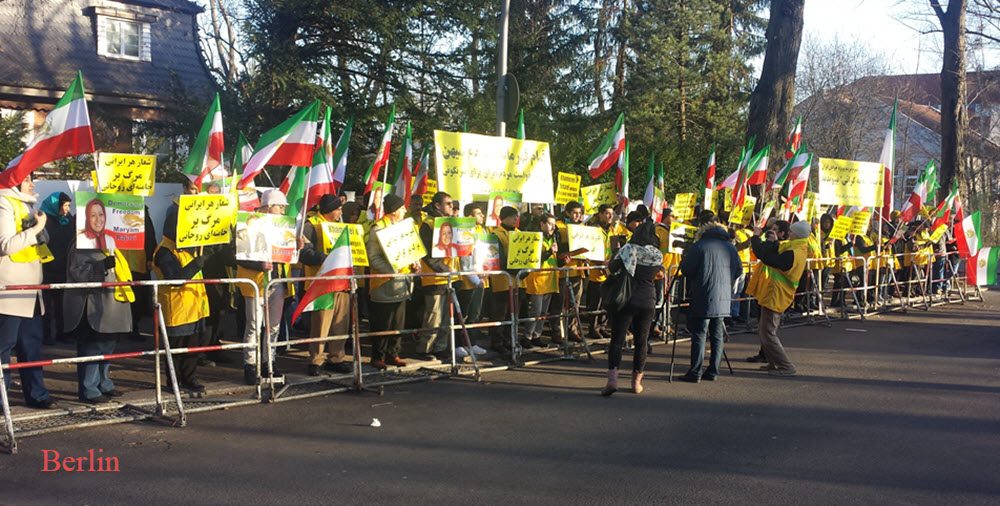 NCRI - Iranians residing in Germany held protest rallies supporting their countrymen’s anti-regime protests. Iranians in Berlin held a protest outside the Iranian regime’s embassy in that city. Similar protests were held in Koln and Hamburg.

On Thursday, a large number of protesters took to the streets in the cities of Mashhad, Neyshabur, Kashmar and Birjand in northeast Iran, protesting unemployment, poverty and skyrocketing prices. Protesters were also seen chanting, "Death to Rouhani" and "Death to the Dictator," in reference to the regime's president and Supreme Leader Ali Khamenei, respectively. 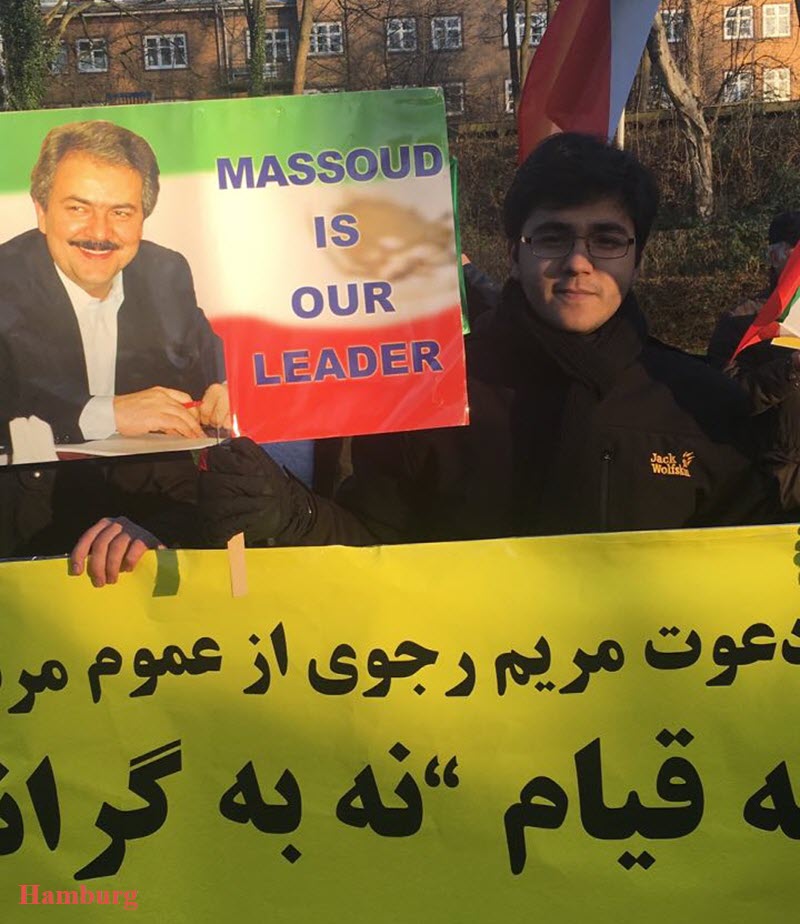 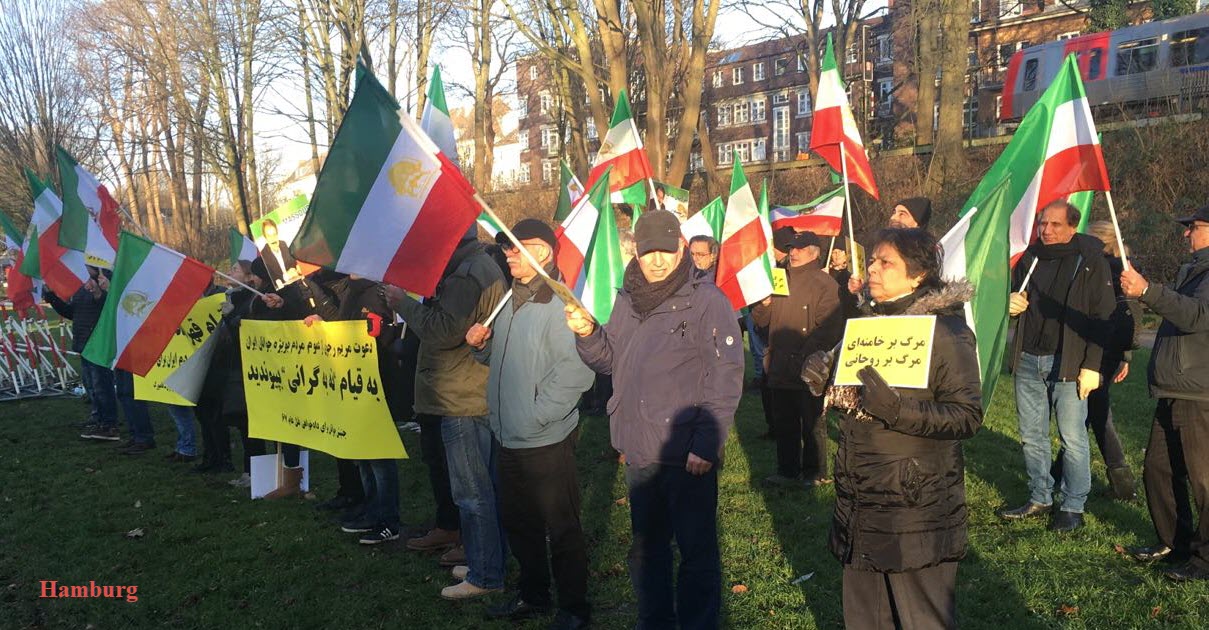 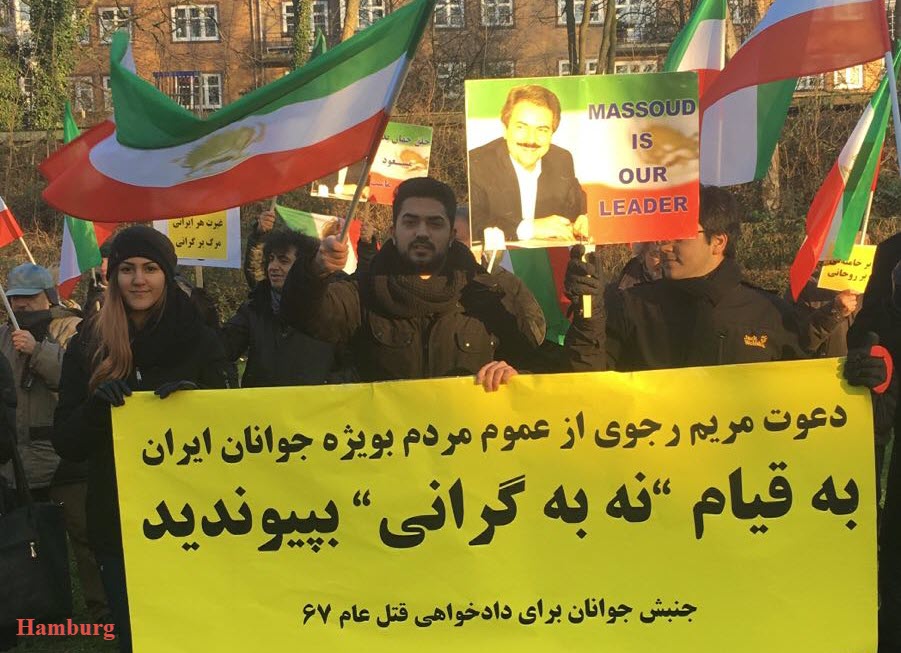