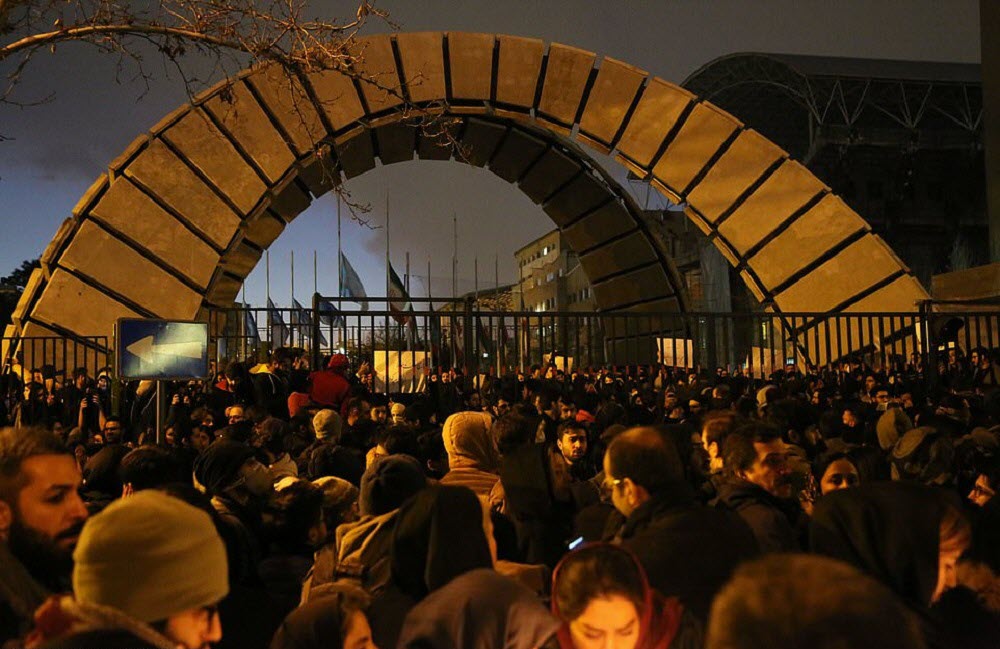 January 11 marks the first anniversary of the nationwide Iran protests that erupted after the regime acknowledged it had downed a Ukrainian passenger jet, killing all 176 passengers, after three days of an initial cover-up.

Two months after the major Iran protests in November 2019 and despite the regime’s heavy crackdown and massacring 1500 protesters, Iranians poured onto the streets in January 2020, once again demanding regime change and righteously identifying the regime as the only source of Iran’s problems.

These protests first started on January 11, when officials admitted the Revolutionary Guards (IRGC) had shot down flight PS752 minutes after its departure from Tehran to Kiev, with two surface-to-air missiles.

The officials including the regime’s President Hassan Rouhani and IRGC commanders blamed the crash on technical issues for three consecutive days. Yet, the evidence, including footage clearly showed two missiles fired at the plane.

Once unable to continue the cover-up, the regime admitted it had shot down the airliner. Iranians took to the streets and chanted anti-regime slogans and mainly demanded the regime’s Supreme Leader, Ali Khamenei, as Iran’s commander in chief, resign. They rejected the regime’s claims that this crime was due to “human error.”

The regime cracked down on the protesters, arrested dozens and took them to its torture chambers. 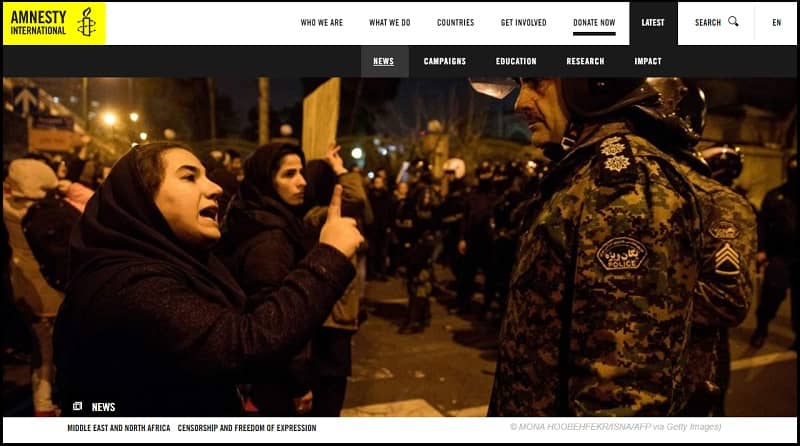 On January 15, 2020, Amnesty confirmed that the regime’s “security forces fired pointed pellets, causing painful wounds and requiring surgical treatment to remove the pellets, as well as injuries consistent with rubber bullet use. Such pellets are used for hunting small game and are completely inappropriate for use in any policing situation.”

“There are reports that scores of people, including university students, have been arrested in cities where protests have taken place,” Amnesty wrote adding that it has “also received shocking allegations of sexual violence against at least one woman arbitrarily arrested by plain-clothes security agents and detained for several hours in a police station.”

“According to an informed source, while in detention, the woman was taken to a room where she was questioned by a security official who raped her by forcing her to perform oral sex on him and then attempted forced sexual intercourse,” Amnesty added.

Simultaneous with its refusal to stand to account for its crime in killing 176 innocent passengers, the regime has continued arresting and torturing those who participated in the January protests.

On May 2, the Tehran Revolutionary Court sentenced Seyed Mostafa Hashemzadeh to five years in prison and 74 lashes for taking part in the January protests.

The regime has not only investigated its crime of killing 176 innocents, but it continues inhumanely punishing those who protested the inhumane downing of PS752.

The regime will never investigate its own crimes and will continue violating human rights of Iranian citizens.

The regime will continue refusing to investigate its crime because the mullahs fear international consequences of this heinous crime. In fact, the regime has failed to investigate and prosecute any of its many crimes against humanity in the last 41 years.

The regime has refused and failed to investigate the 1988 massacre of over 30,000 political prisoners. Seven United Nations’ experts, in a letter to the regime in September 2020, which was published in December, underlined that the 1988 massacre “may amount to crimes against humanity.”

These UN experts underlined: “To date, no official in Iran has been brought to justice and many of the officials involved continue to hold positions of power including in key judicial, prosecutorial and government bodies responsible for ensuring the victims receive justice.”

In fact, as the UN experts underlined the “international community’s failure to act “had a devastating impact on the survivors and families as well as on the general situation of human rights in Iran and emboldened Iran to continue to conceal the fate of the victims and to maintain a strategy of deflection and denial that continue to date.”

This inaction has continued to this day, allowing the regime to massacre 1500 protesters, kill 176 passengers and arrest and torture those who protest these criminal acts.

The regime will continue its human rights violations until it is held accountable.

The European Union recently adopted a new global sanctions regime against human rights violators. Sadly, EU leaders continue their economic relations with Iran, where mass murderers rule. The EU’s inaction and prioritizing financial interests over human rights values in dealing with Tehran only allow the regime to continue its human rights violations. EU leaders have expressed concern over years about ongoing human rights abuses in Iran and condemned the regime. But these “condemnations” and expressions of “concern” will not stop the regime.

The EU should lead an international effort to hold the regime’s leaders to account for their crimes against humanity. The international community should send a fact-finding mission to the Iranian prisons and secure the release of all prisoners, particularly those arrested during the nationwide Iran protests.