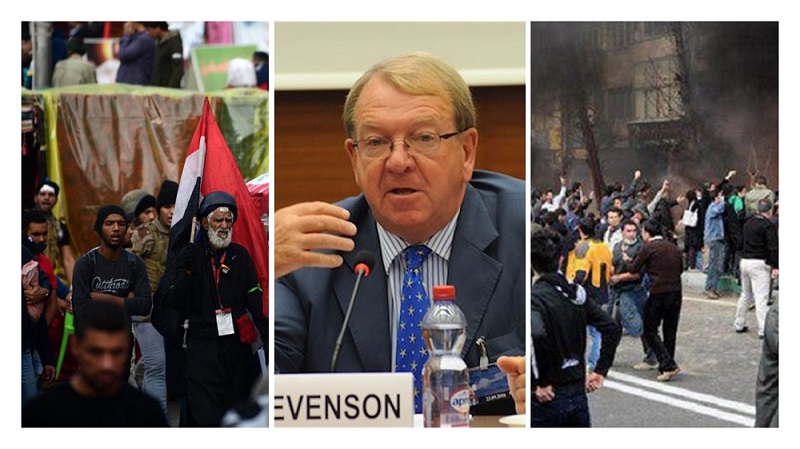 Horror is taking place on the streets of Iran. & in & have lost their fear. : World must condemn horrific crime against humanity, take action to stop it& ; inaction is inexcusable &the regime will construe it as a green light to continue and intensify its crimes. General, Responsible for the Massacre of Members, Commands Another Massacre in Nassiriya -Quds Force, plays a well-known role beyond ’s borders.Yet,the name &the key role of Iraj Masjedi,the Iranian regime’s ambassador in &one of Soleimani’s deputies, is less well-known.

“Thousands of young protesters in Iran have also lost their fear. The shoot-to-kill policy of the theocratic fascist regime has turned a nationwide protest into an uprising that threatens the mullahs’ existence. Maybe, at last, the EU press will take notice? Maybe finally they will ditch their policy of appeasement and begin to show their support for the Iranian people.”

Struan Stevenson is the Coordinator of the Campaign for Iran Change. He was a member of the European Parliament representing Scotland (1999-2014), president of the Parliament’s Delegation for Relations with Iraq (2009-14) and chairman of Friends of a Free Iran Intergroup (2004-14). He is an international lecturer on the Middle East and president of the European Iraqi Freedom Association (EIFA).