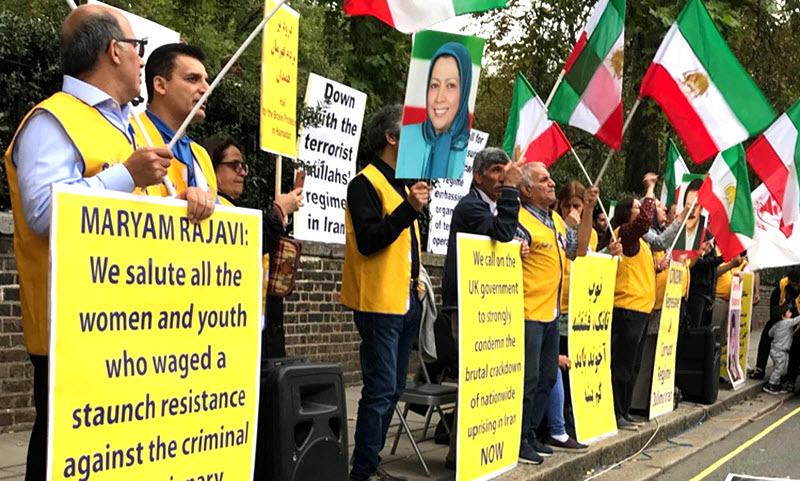 On August 13th 2018, Iran’s Supreme Leader Ali Khamenei, claimed that his government is doing just fine; but shortly after, various officials began talks about the ongoing crisis and the anticipated deadlock.

The People’s Mojahedin Organization of Iran (PMOI/MEK’s) ability in expanding the protests within Iran, is amongst the main worries of the regime. Mohammad Atrianfar, a politician from the Reformist party, comments in this regard (IRNA, August 15th 2018): “this group (MEK) is one of the oldest and biggest in our history, and once again, is aiming for our subversion now”; adding that “in times like this when people are unhappy and frustrated, opposing forces will without a doubt take advantage of people’s emotions towards their own agendas; therefore, it’s important for the government to make necessary steps to stop that from happening”.

A member of the Moderation and Development Party, Gholamali Dehghan also raises his concerns regarding the “the significance of subversion from a political point of view” and highlights MEKs as “the main subversive force” of the regime. He believes that MEKs “intend to surf on the wave of unhappiness observed amongst our people, for their own sake”, and that “what’s often neglected is the internal issues of our government and the corrupt elements within it, which are continuing to add to people’s frustration” (Etemad Newspaper, August 15th 2018).

The regime does not just fear the MEK’s presence in street protests, but also their activity within the cyberspace. On 15th August, a state-run website wrote in this regard, by quoting from Tehran’s former Police Chief: “whoever that’s familiar with MEKs would know that they’re very active in cyberspace”; adding that “the subversive movements witnessed in social platforms today, root from the opposing organisation (MEK) to a very large extent, if not 100%. They (MEKs) are present in most Telegram groups such as those of political and social forms”. (Tehran-Press, August 15th 2018).

An expert on international affairs from Rouhani’s government, named Ali Bigdeli, also warns that: “the pre-existing gap between people and officials has been shifting to a massive distance between people and the entire body of governance; there are many red flags that must not be ignored”.

These confessions made from government officials and media platforms come from the fact that the majority of the ongoing protests are centred on the efforts of the MEK. Which the regime is clearly fearful of, as admitted by Atrianfar: “this group (MEK) is one of the oldest and biggest in our history, and is once again aiming for our subversion”.

On Friday, some Mullahs also gave out warnings about MEKs and their contribution to the widespread protests across the country.

Previous articleEditorial:‌ Tsunami of Poverty in Iran
Next articleIran Regime’s Leaders to Inspire Diplomats How to Deal With the Terrorist Scandal