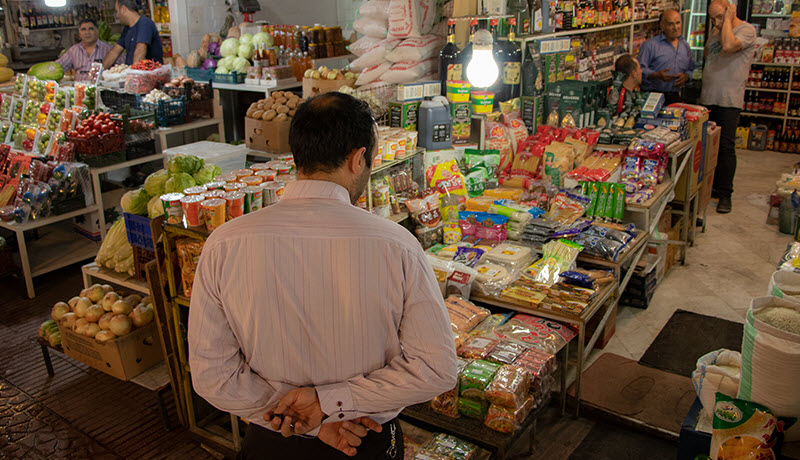 Iran’s deeply troubled economy has seen rampant inflation and soaring prices affecting the goods that Iranians need most and leaving many unable to buy enough food to eat.

Iran’s Center for Statistics said that the average Iranian family’s cost of living has risen by 50% in this Persian calendar year alone and that wage increases are almost insignificant in comparison.

They also provided a table showing the costs, which you can view here, but it boils down to food and beverage costs increasing by over 70% in the past year, while wages have not increased by any more than 20%. This basically equates to an over 50% rise in the cost of feeding your family in just one year.

Meanwhile, the state-run Jahanesanat newspaper wrote that the regime’s own statistics show that a family of four earning the minimum wage earns 22.5 million rials less than they need to survive.

However, in reality, this is the best case scenario because the regime’s statistics are notably unreliable, designed to make the regime look good at any cost. Outside analysts put the poverty line for a family of four at over 60 million rials per month, which means many working families are earning 40 million rials less than they need to survive and the situation is only getting worse.

Jahanesanat, which is close to the faction of Iranian regime President Hassan Rouhani, wrote: “The price shocks in the market, which are undoubtedly run by the government itself, are not limited to price increases for one or two consumer goods or food items. Today, when you look at each and every item, you will see that their prices have increased compared to the similar period last year. From housing costs and rents to the costs of fruits, vegetables, meat, and everything that is called basic goods. However, government officials do not take any action in response to these catastrophic price increases.”

Meanwhile the mullahs’ regime wastes the nation’s wealth on pursuit of WMD projects, supporting terror in the region and propping up the Assad dictatorship in Syria. The rest is pocketed by the mullahs and the Revolutionary Guards.

Every day, due to the Iranian people's economic and social hardships, the state-run media warn of another uprising on a much larger scale. On Tuesday,...
Read more
Iran News Now