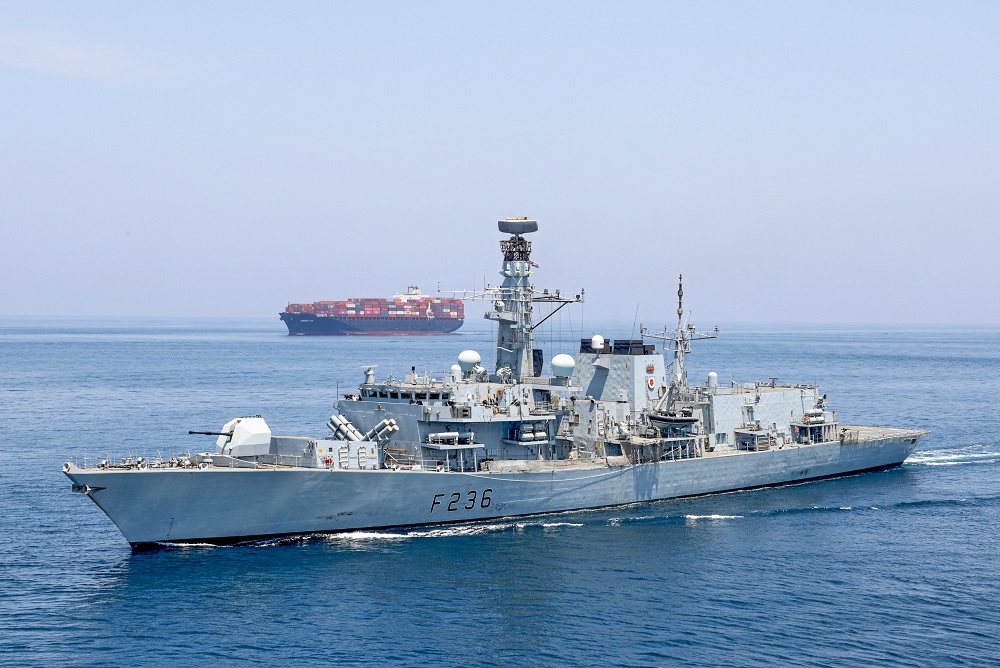 A British Royal Navy warship has faced 115 confrontations with the Iranian regime’s terrorist Islamic Revolutionary Guards Corps (IRGC) in the Gulf since the start of July, its captain has disclosed.

Commander Will King, 41, told Britain’s Times the Iranian military had “heavily” tested HMS Montrose almost daily with fast attack craft and drones deployed as close as 200 metres to “intimidate” his ship. Tehran harboured “a continuous intent to disrupt or interfere with UK interests in the area”, he said.

Iranian personnel have directed aggressive messages over the radio to their British naval counterparts and mocked the Type 23 frigate after she failed to prevent the seizing of the UK-flagged Stena Impero six weeks ago.

The seriousness of the Iranian regime’s intent, after their humiliating withdrawal from an attempt to snatch another British tanker nine days earlier, became clear as they fired up their coastal defence systems and targeted cruise missiles in the direction of HMS Montrose, The Times revealed on Monday, September 2, 2019.

The IRGC had also been given approval to use live rounds against the British warship during the Stena Impero episode, risking a serious escalation if the frigate had arrived in time, the paper said. Commander King’s ship reached the territorial water boundary 45 minutes too late, however, and was unable by law to chase down the UK-flagged tanker even though she was still visible.

He also disclosed that Iranian aggression towards Britain spiralled in the days after the seizure of Stena Impero, as the IRGC navy began to demand to know the nationality of merchant sailors on all vessels that transited the Strait of Hormuz, the 39km-wide chokepoint into the Gulf.

It is thought that Tehran resorted to hunting down British citizens after being surprised at the absence of British sailors on board Stena Impero. Iran’s regime has since halted attempts to identify Britons on other flagged vessels but the UK Department for Transport and UK maritime organisations are liaising with shipping companies to ensure that the Royal Navy is kept abreast of the whereabouts of UK merchant sailors entering the Gulf.

The Times witnessed a confrontation with Iran’s regime while on board HMS Montrose last week, when the IRGC deployed an unmanned aerial vehicle overhead as the frigate accompanied three British-flagged cargo vessels. A previously unseen Iranian military vessel was also deployed near by.

Commodore Dean Bassett, the most senior Royal Navy officer deployed in the Gulf, said that Britain is to increase its intelligence, surveillance and reconnaissance capability in the area. “In the last couple of months we’ve seen a dramatic change to the security in the area,” he said. Britain may move drones from its Reaper fleet, based in Kuwait to provide surveillance on Islamic State in Syria and Iraq, to the Gulf, the report added.

Previous article‘Bombings, Assassinations, and Hostage-Taking Are Part of Iran Regime’s DNA’ – Ambassador Ken Blackwell
Next articleZarif: Soleimani and I have great cooperation and meet every week