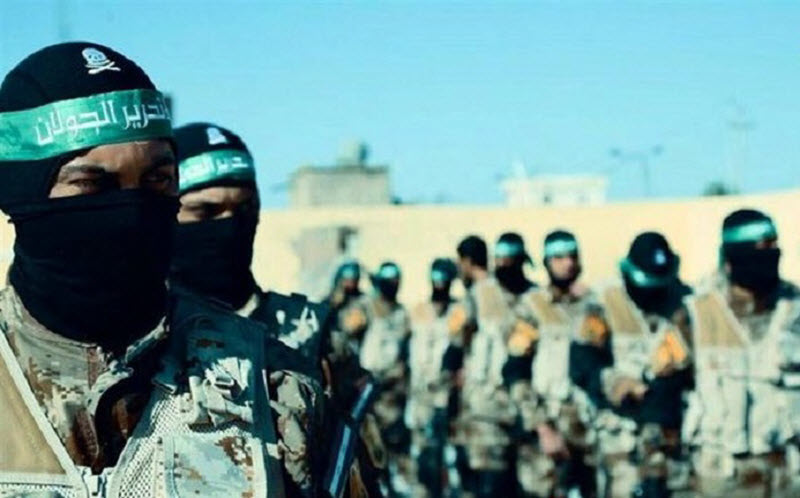 The Hashd al-Shaabi militias in Iraq, known better as the Popular Mobilization Forces, were formed thanks to a coalition between the Iranian Regime’s Revolutionary Guards (IRGC) and the Lebanese terror group Hezbollah, according to a report on Iranian state TV.

During the November 27 broadcast, Mullah Ka’bi, head of the “Iraqi Nojaba” extremist group, gave an interview where he named mercenary groups in Iraq that are supposedly completely loyal to Tehran’s mullahs and the IRGC.

Ka’bi explained that Hezbollah chief Hassan Nasrollah and the IRGC had sent their militants to Iraq to fight under the PMF flag.

He said: “I remember at the beginning of the US occupation of Iraq that Hezbollah and Nasrollah attempted to help us in the wars back then. We had very limited relations with Hezbollah at the time. We had good relations with the IRGC, but it was limited because all the events taking place in Iraq were very fast. Following the war, clashes erupted in Najaf and afterwards, I had a meeting with Nasrollah.”

This whole thing was nothing more than a stunt by the Iraqi Nojaba to save face in front of the IRGC and Basij members inside Iran, after the group was designated as a terrorist entity and sanctioned, along with the Iran-backed Asaeb Ahl al-Haq, by the US House of Representatives, with help from the House Subcommittee on Terrorism.

On November 30, Mullah Tabatabaie admitted that the IRGC has launched a version of their Basij force in Iraq, on the advice of those at the top of the Iranian Regime.

He said: “This Hashd al-Shabi is the same as the IRGC Basij. The US is very afraid and they have ordered the Iraqis to disband the PMF.”

We must also note that Nasrollah has publicly acknowledged that the Iranian Regime is the sole backer for Hezbollah, providing the terror cell’s entire arsenal and covering all of its expenses.

He said: “Let me be very clear and there may not be another example anywhere in the world, for someone to come and publicly, transparently and honestly say before the entire world that Hezbollah’s budget, expenses, food, weapons, and missiles are provided by the Islamic Republic of Iran. End of story. It has nothing to do with banks. As long as Iran has money, we have money.”

In fact, as far back as 2014, the Iranian regime has admitted that the PMF is merely a pseudo name for the terrorist IRGC and their malign forces. This further shows that Iran is involved in financing terror groups across the Middle East.