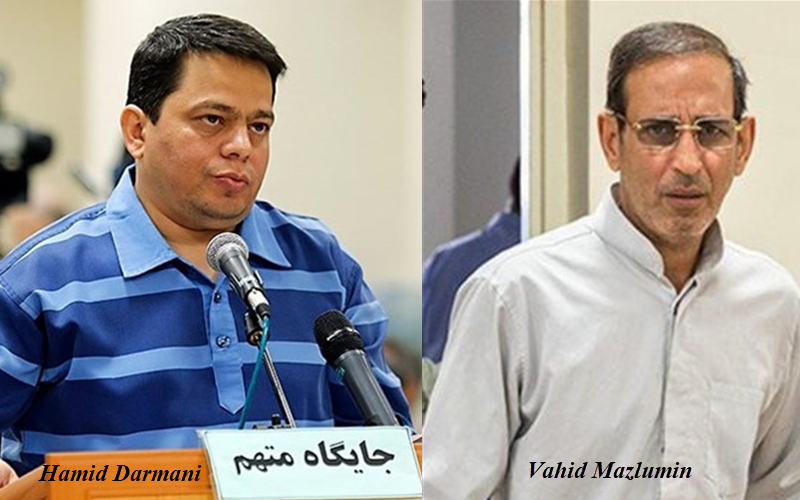 The Iranian Regime’s news agencies are airing stories about the execution of people convicted of huge economic corruption cases, dubbing them “Sultans” for the amount of money they’ve stolen and their close ties to Iranian authorities, but this hides the larger story that corruption is endemic within the Iranian Regime.

So far, the Regime has executed Vahid Mazlumin, known as the Sultan of Coins, Hamid Darmani, known as the Sultan of Bitumen, and several of their lower-ranking partners. Shortly after these executions, Gholamhossein Mohseni-Ezhe’I, the spokesperson of the regime’s judiciary, announced the names of a further 31 merchants, including two physicians, who had been charged with corruption and systematic smuggling.

The physicians, nicknamed “Sultans of Medical Equipment”, were behind the import of low-quality medical equipment into Iran. The Food and Drug Administration, which is a branch of Ministry of Health and Medical Education, had previously issued them import licences, something only rarely handed out to companies that are not run by the government.

Whilst Tehran Police Chief Hossein Rahimi announced on December 31, 2018, the arrest of someone he referred to as the “Sultan of Paper”, who, along with 16 other people, had imported 30,000 tons of paper at the artificially low government dollar exchange rate and sold it at the rate on Iran’s free market, as well as selling some of the dollars on the free market. This allowed them to make a tidy profit.

But the truth is that no one could pull off this sort of scheme in Iran, without having close links to Regime officials or, at the very least, bribing them.

The Regime is intentionally hiding the details of corruption dossiers because senior regime officials are likely involved and this is not even a secret anymore, as Iranian officials routinely expose the corruption of their rivals.

For example, during a 2017 presidential election that debate, the candidates openly accused each other of corruption and complained about “dirty money” spent in their rivals’ campaigns. There are also millions of dollars missing from various government-linked organisations, such as the Retirement Organization, Iran’s TV broadcast network, Teachers Investment Fund, Khomeini Relief Foundation, and even the Tehran municipality.

The Regime is based on bribery and corruption, with many officials secreting money away into bank accounts outside of Iran to fund their own lavish lifestyles or terrorist groups, but occasionally the mullahs’ must sacrifice the Sultans or other pawns in their schemes in order to hide the real source of corruption.