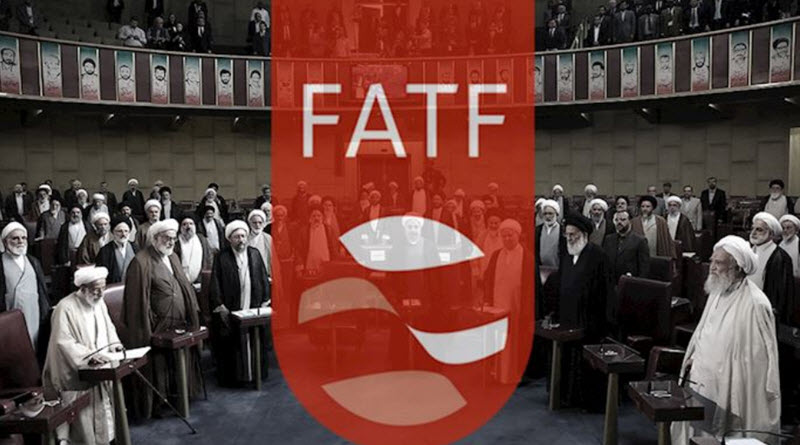 The bill to join the International Convention for the Suppression of the Financing of Terrorism (CFT) was finally passed by the Iranian regime’s parliament on December 5th. The bill must now be sent to the Expediency Council for final approval.

While deputy spokesperson of parliament, Ali Motahari, was quoted by Iranian media as saying that the three branches of government and the Guardian Council had agreed on the approval of the bill, Ahmad Alamolhoda, the Friday Prayer leader of the holy city of Mashhad, said instead, “You’ve sacrificed the nuclear technology of this nation and country, which was mixed with the blood of nuclear martyrs, in front of Europe and the U.S. Even worse, by approving the CFT and joining the FATF, you’ve limited the economic and political character of this country. You sacrifice in front of the Europeans hoping that they’ll do you a favor in response to the American sanctions.”

Alamolhod, who represents Supreme Leader Ali Khamenei added, “You’re still sticking to Europe. Approve the CFT, if the Guardian Council disapproves, take it to the parliament and from the parliament take it to the Expediency Council. There you can join with some of your accomplices and approve this [bill].”

At Friday Prayers in Isfahan, the Secretary of the Muslim Student Association said, “If there had been transparency in the votes, the FATF, this colonization bill which is equivalent to the word ‘self-sanctioning’, wouldn’t have been passed in the parliament. This bill is against the Sharia, reason, and the 153rd principle of the constitution.”

A Basij representative from the Nushirvani University in Babel said, “For several years they’ve wasted the time of people with the JCPOA and now they’re struggling for FATF.”

Another member of the Basij said in the Friday Prayers in Astan-e Ashrafie, “FATF is the reason for these self-sanctions. We have to sanction the courageous children of the country, in our country and with our own hands. Why?”

Iran’s leadership is caught between concessions and cooperation on one side, and escalation and crisis on the other. Either FATF must be accepted, and support of Hamas, Hezbollah, and the other proxies in the region must halt, or they they will become more politically and economically isolated by the international community, which will lead to more popular unrest.

To become a responsible member state of the global community, the Iranian regime must curb its ambitions and its expansionist world view. Acceptance of the FATF must transform the philosophy of the theocracy. This is why it is imperative to hold the Iranian regime to account when it commits to such treaties and promises, and ensure that it adheres to them.