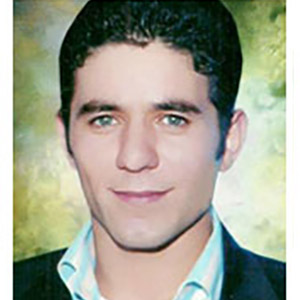 He was charged with “moharebeh”, or waging war on God, by the mullahs’ regime.

According to received reports, Behrouz Alkhani’s relatives were told by authorities to obtain an approval letter from the mullahs’ courts in order to receive his body.

On Tuesday, Mr. Alkhani had telephoned his relatives from prison asking them to visit him for the last time.

Also on Tuesday more than 80 members of his family and human rights activists had gathered outside the prison gates to demand a halt to his execution. Prison guards and suppressive anti-riot forces attacked his relatives and other protesters including women and children.

Behrouz Alkhani’s execution took place even as the regime’s Supreme Court had not yet responded to an appeal to his sentence.

“Carrying out a death sentence while a prisoner is awaiting the outcome of his appeal is a serious violation of both Iranian and international law, and is an affront to justice,” said Said Boumedouha, Deputy Director of the Middle East and North Africa Programme at Amnesty International.

Behrouz Alkhani, a 30 year-old Kurdish dissident, was arrested on January 27, 2010 in Salmas, northwest Iran. He spent nearly 19 months under physical and psychological torture in detention centers in Salmas, Khoy and Oroumieh.