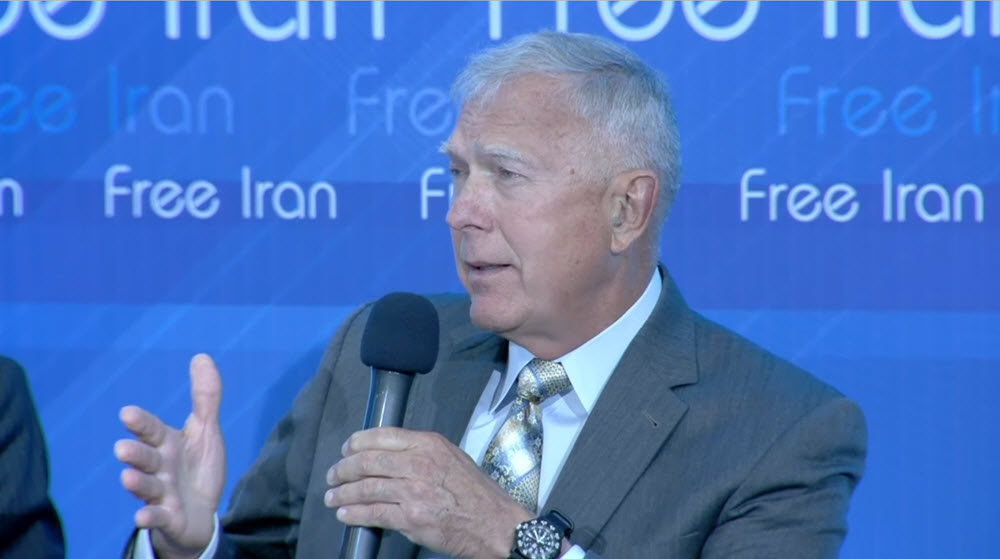 In recent months, Iranian officials have begun to acknowledge a threat to their rule, which has existed for a long time — but has been denied just as long. Institutions like the Iranian regime’s judiciary and the Islamic Revolutionary Guard Corps (IRGC) have begun raising alarm within their own ranks about the influence of the leading democratic resistance organization: the People’s Mojahedin Organization of Iran (PMOI or MEK), argues General James Conway, former Commandant of the U.S. Marine Corps.

In an opinion piece for the United Press International on August 20, 2019, Gen. Conway wrote: “If you have not heard of the MEK (its Persian abbreviation), you are not alone. It was relegated to the margins of Western foreign policy discussions shortly after the 1979 Iranian Revolution. This was largely the result of lobbying and negotiations by Iranian officials, who sought to convince the international community that the MEK was dangerous or lacking in popular support and that Western nations should ignore or actively undermine it — in order to secure the goodwill of the mullahs.”

“More often than not, the Islamic Republic was successful in promoting the narrative that there is no viable alternative to the clerical regime. By contrast, the West has had zero success in actually eliciting goodwill or persuading Iranian officials to adopt more moderate policies. The past 40 years are an undeniable testament to the failure of any strategy of appeasement.”

“The consequences of that failure are arguably greater than most people know. Only those who have tracked the brutal nature of the regime, and watched the struggles of the MEK, have understood that by chasing the illusion of a ‘moderate’ mullah, the international community has ignored opportunities to affect transformative change within Iranian society.”

“The MEK could be the agent of that change, and the mullahs’ commitment to disinformation and demonization makes it clear that they were always aware of this fact. While pretending for Western audiences that the organization posed no threat to its hold on domestic powers, the Iranian regime made every effort to stamp out the Iranian Resistance, criminalizing the tiniest expressions of support within the Islamic Republic and directing terrorist proxies to attack it beyond Iran’s borders,” wrote Gen. Conway.

The four-star general added: In the summer of 1988 alone, a fatwa from the regime’s founder Ruhollah Khomeini resulted in the deaths of 30,000 political prisoners — most of them members of the MEK. During that time, “death commissions” interrogated detainees for any sign of disloyalty and summarily hanged those who still seemed unwilling to bend their knees to the theocratic dictatorship.

He added: The massacre set the stage for the culture of terror that would surround public references to the MEK right up until the present day. This, in turn, explains why it is so difficult to ascertain the level of public support for the organization among everyday Iranians. Merely speaking its name in public could open a person up to arrest, torture and prosecution. Actively supporting it could very likely mean death.

“And yet none of this has impeded the growth of the MEK, much less the popularity of its democratic platform and the 10-point plan that Maryam Rajavi, the president-elect of the MEK-led political coalition, the National Council of Resistance of Iran, has outlined for Iran’s future. That plan calls for free and fair elections, the separation of religion from the state, peaceful relations with neighboring countries and disavowal of the nuclear ambitions that have put the existing regime at cross purposes with the global community,” Gen. Conway argued.

On some level, the mullahs have always recognized the popularity of the MEK’s message.

Indeed, they have attacked it repeatedly at home and abroad — while pushing Western leaders to ignore its goals and democratic structure. Still, their fears have been buried under a thick layer of denial, in order to project an image of strength in the face of a resilient domestic threat.

All of that changed at the beginning of 2018 when the Islamic Republic found itself embroiled in a nationwide anti-government uprising, with protesters from all walks of life chanting slogans like “death to the dictator” and “Hard-liners, reformers, the game is over!” Those protesters specifically undermined a narrative that Tehran had sold to the West for the better part of 40 years. This wholesale rejection of Iranian politics — in favor of representative government — should encourage all that there is a viable alternative to the current regime.

Ever since then, the public discourse surrounding the MEK has changed. References to it are not tolerated among the public and the regime has stepped up its attacks — even plotting to bomb a gathering of its supporters near Paris last summer. Clearly, Iranian officials themselves are no longer able to credibly deny the strength, influence or widespread popularity of the democratic resistance movement.

It is only a matter of time before Western leaders, and the international press, absorb these changes and realize there is hope for positive change in Iran — from within. Certainly, in the meantime, Iranian propaganda concerning the MEK will double down. However, when clear-eyed policy-makers seek out accurate information on what is happening in the streets and villages of Iran, they will finally recognize what Tehran has feared since the advent of the Islamic Republic: There is an alternative governing structure and it already embodies all the ideals that define modern, Western-style democracies.

The Iranian regime’s supreme leader, in a video conference on Sunday, with his Basiji paramilitary forces posing as students, once again expressed his utter fear of...
Read more
News: Iran Resistance

Members of the United Kingdom’s House of Commons and House of Lords, members of the British Committee for Iran Freedom (BCFIF) in a press release on Thursday, condemned...
Read more
Search