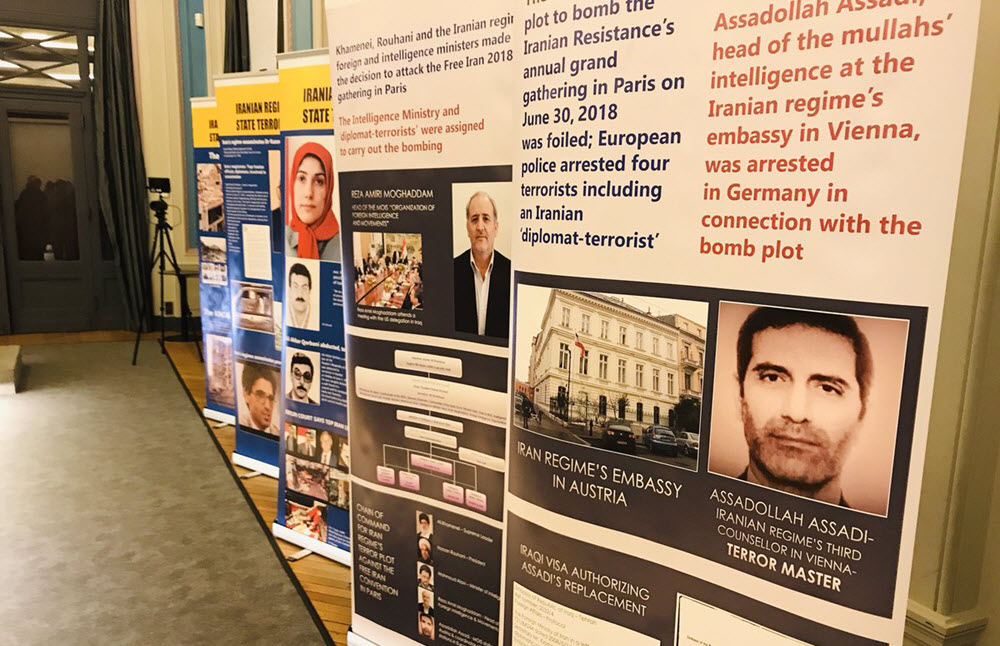 Iran’s blatant lie about the US being behind the attack on elite Iranian forces in Baluchistan province earlier this month shows just have severe the Regime’s problems are.

On February 13, a suicide bomber in Baluchistan killed 27 members of the Iranian Revolutionary Guard Corps (IRGC), something that Sunni Muslim separatist group Jaish al-Adl, or the “Army of Justice”, have claimed responsibility for, but the Iranian Regime pointed the finger at the US and its regional allies. US Secretary of State Mike Pompeo rejected these claims as “outrageous”.

The bombing is yet more evidence of growing instability in Iran, with the mullahs struggling to grapple with the many domestic and international crises they are facing. Still, Iran is desperately trying to sweep their actual crises under the rug by focusing on its own malign plots in the Middle East and around the world. In the past year alone, Iran has:

• Tried to assassinate a dissident in Denmark

Notably, Iran needs these European countries to remain committed to the nuclear deal and help the mullahs evade US sanctions, so it begs the question why Iran would react this way. The simple answer is that the Iranian Regime is terrified of its opposition and the regime change it advocates for and will do anything to stop that from happening.

Thus maybe Europe, as the US has already taken steps towards, should take steps to support the Iranian people and the legitimate calls for regime change, although the US has definitely not made regime change their official policy. For the past four decades, the West has appeased the Iranian Regime with the hopes that it would bring moderation. At what point, do we assess that the policy has failed?

The US is imposing sanctions on Iran for its nuclear programme, human rights abuses, and other pressing issues, while the EU recently levied sanctions against Iran for terrorism on European soil. Maybe it’s time to go further.

Rudy Giuliani, former New York mayor and Trump’s personal attorney, has said that he wishes to see the “overthrow” of the corrupt mullahs, albeit speaking in a personal capacity at the Free Iran conference in France that the Regime tried to bomb.

Giuliani said: “I believe there has to be an overthrow of this regime. I don’t think this theocratic dictatorship can possibly become some kind of democratic, liberal democratic force.”