Iran Regime Is Murdering Protesters; World Must Speak Out 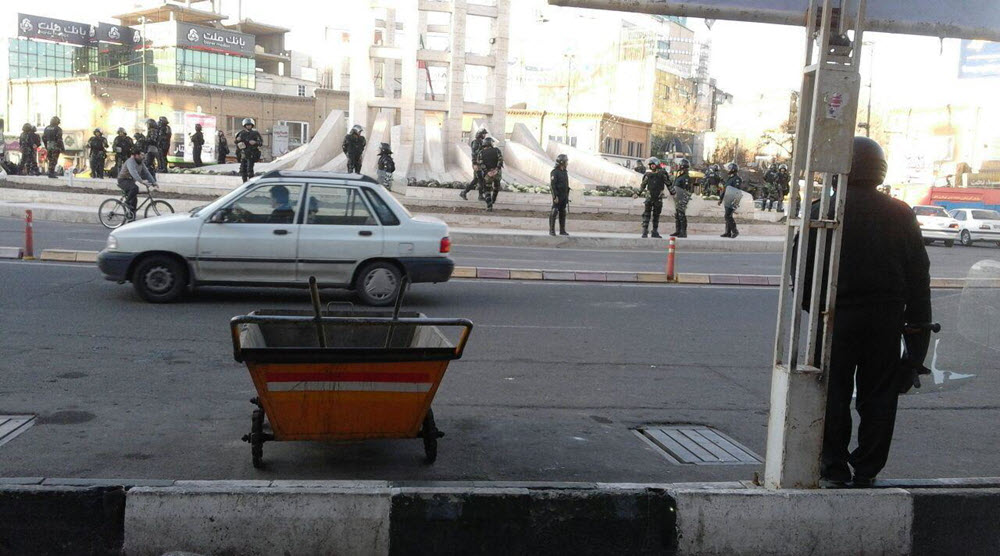 NCRI – The Iranian Regime has met the protests of their citizens with extrajudicial killings, torture, and mass imprisonment, according to the leading Iranian opposition group.

The National Council of Resistance of Iran (NCRI) reported on Tuesday that the Regime’s so-called security forces have already killed at least 50 people and imprisoned over 8,000, and tortured at least five people to death in jail, while the majority of Western governments have failed to speak out against this cruelty.

Ever the exception, Donald Trump has tweeted in support of the protesters, warning the Iranian Regime that the world is watching. On Friday, the US Treasury Department also imposed new sanctions on the regime’s judiciary chief, Sadeq Amoli Larijani; a man well known for cruel and unusual punishments like torture and amputation.

Shahin Gobadi, an NCRI representative, said: “As the head of the judiciary for the past nine years, Larijani is a key official in the regime’s suppressive apparatus, who has played a direct role in the execution of thousands of people, in the crackdown and arrest of dissidents, as well as in censorship and repression.”

The NCRI, which is based in Paris because the Regime has banned opposition parties in Iran, report that the protests have spread to over 130 cities across all of Iran’s provinces.

The protests began over a sharp rise in the cost of living but soon transformed into an anti-regime protest. The protesters are not only frustrated by a stagnant economy, but angry at the Regime’s malign actions in Iraq and Syria, and tired of being ruled by a clerical Regime.

Torture and dealing with the Regime

One of the torture victims was named on Tuesday as Kianoush Zandi, a graduate of the University of Sanandaj. He had disappeared on January 4 and when his body was returned on Sunday, the family saw evidence of torture.

The body of another victim, Mohammed Nassiri, was released to his family with a statement that he had committed suicide, despite the fact that in Iranian prisons, detainees are stripped of items that they could use to hurt themselves.

Magdalena Mughrabi, Amnesty International’s deputy director for the Middle East and North Africa, said: “The shroud of secrecy and lack of transparency over what happened to these detainees is alarming. Instead of rushing to the judgment that they committed suicide, the authorities must immediately launch an independent, impartial and transparent investigation, including independent autopsies.”

Of course, expecting the Regime to independently investigate their own crimes is fruitless and this, along with their many other human rights violations, should be taken before the Internation Criminal Court.

Gobadi said: “The international community, including the United States, must refer the dossier on the atrocities of the ruling religious dictatorship. Moreover, the regime oil exports must be subjected to sanctions and Tehran must be denied access to the international financial system… [And] the regime, the Revolutionary Guards and its paramilitary proxies must be expelled from Syria, Iraq, Yemen and other countries in the region.”

Jim Phillips, a Middle East analyst at The Heritage Foundation, said the lack of response from Western countries steemed from a desire to maintain the trade deals under the 2015 nuclear deal.

Phillips said. “Many European and Asian allies seek to preserve the nuclear deal with Iran in order to maintain a business-as-usual relationship with the Islamist dictatorship in Tehran. They are fearful that if they admit that the regime represses its own people, then they will be asked to do something about it that could diminish trade with Iran.”