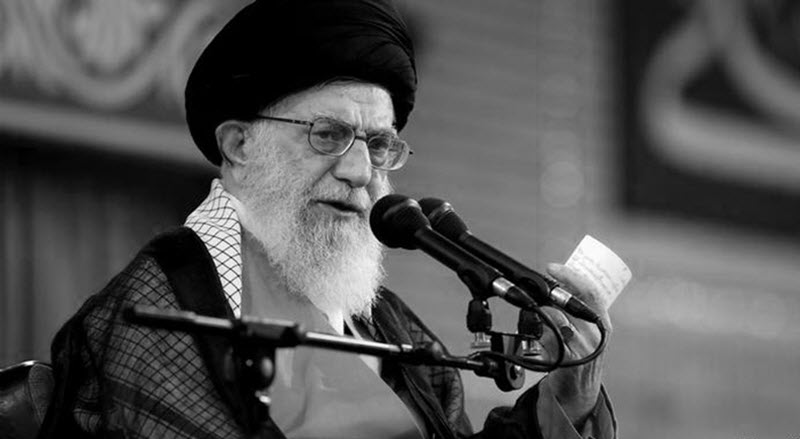 The Iranian Regime recently published footage of a speech by supreme leader Ali Khamenei from July 2018, entitled “Don’t waste your time with Europe”, following the Expediency Discernment Council’s failure to pass the required bills to join the Financial Action Task Force (FATF), which are needed to use Europe’s special financial mechanism.

His comments were made in the wake of the US withdrawing from the 2015 nuclear deal last May and Europe promising to remain in the deal and set up a way for Iran to evade US sanctions.

The faction close to regime president Hassan Rouhani has tried to ignore these statements, but those close to Khamenei now feel emboldened about the non-passage of the bills and have used the statement to criticise Rouhani for the nuclear deal and a failure to negotiate a deal with Europe.

The media outlets close to Khamenei even tried to paint Rouhani as the reason behind the Regime’s common economic situation.

The Keyhan newspaper wrote: “In recent years, Khamenei has repeatedly reiterated the need to avoid linking the country’s economy with foreign policy, but unfortunately, Rouhani’s government has not worked in this regard in an acceptable way. Right now, senior officials have linked the people’s livelihood to FATF and claim that in order to lift economic difficulties, FATF must be approved.”

The Siasat-e Rooz newspaper further wrote that Rouhani could not believe in the principle of clerical rule and only implement Khamenei’s statements selectively.

While the Alef news website wrote that it seemed clear that Rouhani has not heeded Khamenei’s orders in that speech.

They wrote: “The situation has reached a point where you can hardly believe that there is a supervising and policymaking government that seeks to solve problems. It seems like the society and economy is left loose and you should not expect anything from the government.”

Iranian MP Hossein Ali Haji Delijani even said that some MPs have raised the issue of Iran leaving the Joint Comprehensive Plan of Action (JCPOA), commonly known as the Iran nuclear deal, all together and are in the process of creating a proposal for a vote on it.

However, the reality remains that, as with most things under the Regime, Khamenei is in complete control He released these remarks on purpose in order to blame his opponents for the current economic crisis in Iran, even though it was under Khamenei’s order that the nuclear deal negotiations began in the first place under President Mahmoud Ahmadinejad.