Iran Regime Official: Our Country’s Environmental Protection Is One of the Most Disgraceful in the World 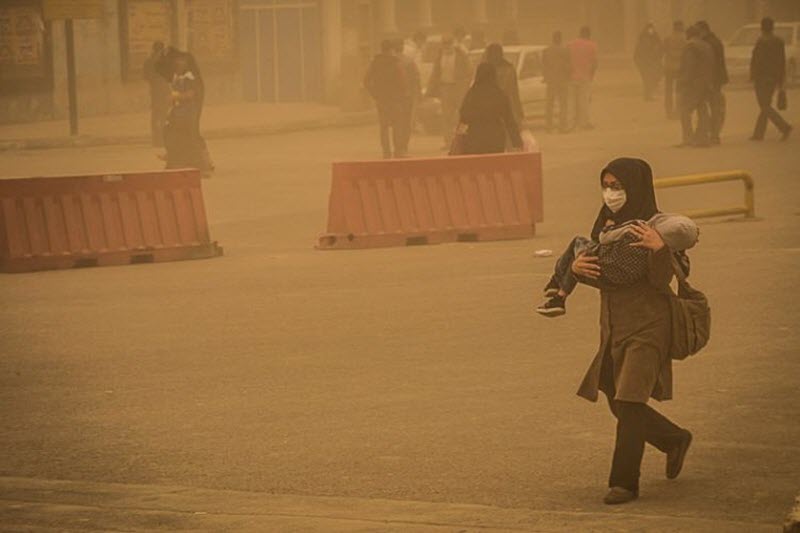 In an event held on 15th June in Mashhad, the head Iran’s Environmental Protection Organisation (IEPO) Isa Kalantari said that in terms of environmental protection, Iran ranks lower than 100 in a total of 180 countries; which as he puts, makes Iran one of the most disgraced in the world. Iran’s protection of its environment is so shameful that even its representatives feel embarrassed to acknowledge it in associated global gatherings.

Given relevant figures and statistics, Kalantari describes Iran as one of the countries that “has damaged its environment the most”.

He added that Iran has also had the highest rate of soil erosion, and that despite its high usage of energy, it produces very low amounts of it.

In one of his other speeches, Kalantari stated: “The highest rates of water and vegetation erosion belong to Iran, which is not something to be proud of at all”; he pertained this issue to the negligence of Iranian people including the regime’s officials.

Kalantari added: “Today, 70% of Iran’s population is facing severe water shortage; to the extent that the current water resources have less than 500 m3 in them. According to the global standard, anything less than 1000 m3 is indicative of crisis”.
Kalantari also spoke of the renewable water resources and that Iran’s currently utilizing 130% of them; which on a global scale, is a very scary figure”. He said that after Iran, Chad has the next biggest usage of freshwater, standing at 63%”.

Kalantari also reiterated the critical condition of Iran’s environment, and that even the 7000 personnel of the IEPO can’t do anything about it; and that “to protect our environment successfully, all 80 million people have to contribute”.

According to Kalantari, the country’s mines are also in crisis: “All of the mines in Iran are used only once; once one is demolished and exploited, they just move onto the next one”.

He added: “Without even considering the potential complications, the country has constructed dams on every single rivers”; the excessive building of dams has become so problematic that the people of Khuzestan for instance, have been facing massive dust storms and holidays (which add up to more than 100 days a year), as a result.

Kalantari described: “Due to the excessive construction of dams, the country’s lakes have also dried out; Shiraz is one of the places that has been severely impacted and turned into hell”.

He emphasised that “No one is responsible for this situation, but us; the United States, Russia, and Israel, have not interfered in any way”.

According to Kalantari: “So far, 10 major cities of Iran are facing serious air pollution. Aggregates of wastes have also buried three provinces and subsequently, taken away the liveability of the northern regions too. With the 10-meter land subsidence in Hamedan, we have extracted as much water as possible from the underground”.

Previous articleIran’s Education System: A Comprehensive Crisis!
Next articleA “Domino Effect” in the Exit of Western Companies From Iran