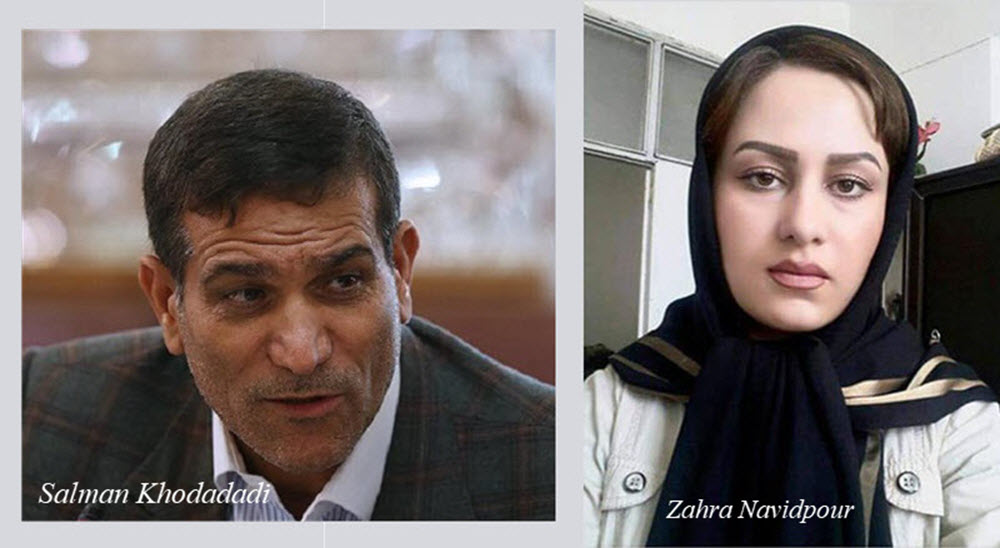 The mother of a rape victim said that her family is being threatened by the Regime’s agents to claim responsibility in her daughter’s murder in a video posted on the internet, according to the Women’s Committee of the National Council of Resistance of Iran (NCRI).

The mother of Zahra Navidpour, who was found dead at her mother’s home on January 6, 2018, spoke directly to Chief Justice Ibrahim Raesi in her video clip and said that her family is experiencing security and judicial pressure. She filed a complaint in Tehran, which resulted in agents of the Detective’s Office coming to the family home and ordering them to say that they were responsible for Navidpour’s murder. Navidpour’s mother says that her son was arrested and charged with the honour killing of his sister.

Navidpour’s death was initially ruled a suicide by the Prosecutor of Malekan, but he now says that she was murdered. There are strong suspicions that she had been killed by agents of the Regime.

Navidpour, 28, was raped repeatedly over the course of four years by Salman Khodadadi, the member of parliament for East Azerbaijan Province. Navidpour had filed a lawsuit against Khodadadi and contacted various MPs about the matter when she began received assault and death threats from anonymous persons and Khodadadi’s associates.

Navidpour’s family had run into financial problems following the death of her father, so she looked for a job in the governorate of Malekan. Khodadadi, a former member of the Revolutionary Guard Corps (IRGC) and agent in the Ministry of Intelligence, promised to get her hired in the Accounting Court of Tehran, but he harassed and raped her for four years; ordering her to stay silent or be killed and have her family destroyed.

Khodadadi served as the chair of the parliamentary Social Committee until March 2018, two months after Navidpour’s death, when it was announced that he had been sentenced to a two-year internal exile and 99 lashes, as well as being stripped of his governmental duties, by the 5th Branch of Tehran’s Penal Court for having “illicit relations”. He was not charged with rape, which carries the death penalty, but the Regime was always unlikely to find one of their own guilty of rape.

The Regime-run media has ramped up a vile campaign against Navidpour in recent days to smear her as “morally corrupt” and paint her as the guilty party while leaving the mullahs untouched.