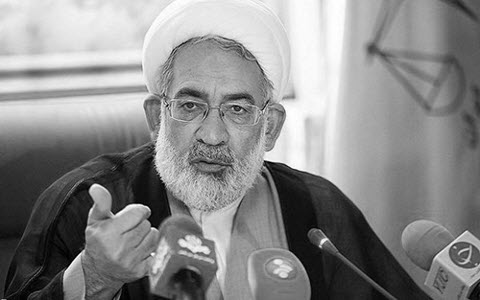 NCRI – Referring to what he called the opening of the “Social Media Networks in Iran”, the clerical regime’s Attorney General said “There is no control over these networks”, and Telegram and Instagram are “Russian and Israeli” respectively.

According to the Qods terrorist news agency, Tasnim, on July 21, Mohammad Jafar Montazeri, who was showing his fears from turning young people into social networks and cyberspace, claimed that the defeat of “America, Zionists and Saudi” against ISIS against ISIS, has triggered them to invest in youth ideas, cyberspace and social networks in Iran.

Without presenting any evidence, he described the Telegram as “Russian” and the Instagram as “Zionist” and warned against what he called “the great danger of enemy infiltration” in the field of culture.

This judicial authority admitted to the failure of the regime to control cyberspace and said: “There is no control over these networks in Iran.”

Montazeri added that “social networks are like the highways we have opened and there is no control over it, and there is any kind of content there.

Previous articleDespite the Prevention of Iran Regime, Memorial Ceremony Was Held for a Young Athlete Killed by Security Forces
Next articleIran: Deterioration of Political Prisoner’s Health on the 38th Day of Hunger Strike in Tabriz Prison