Iran regime’s crackdown on PMOI shows its vulnerability and fear 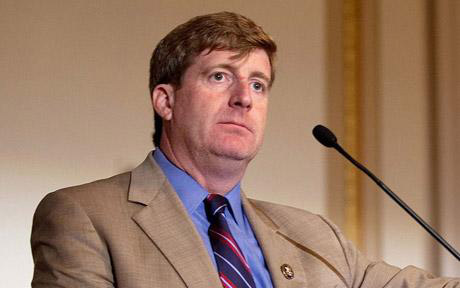 Patrick J. Kennedy, a former member of the U.S. House of Representatives (D-RI), highlighted the role of the organized Iranian Resistance in weakening the mullahs’ regime. In an opinion article for the Independent Journal Review on Wednesday, July 27, Mr. Kennedy wrote:

On July 9, the Free Iran rally near Paris attracted tens of thousands of Iranians from five continents and gained support from political leaders from many countries, including the US, several EU member nations, and the Gulf States. It also provoked the predictable ire of the Iranian regime, which has persecuted the constituent groups of the main opposition, the National Council of Resistance of Iran, since the beginnings of the Islamic Republic.

Approximately 120,000 political dissidents have been killed since 1981, most of them from the NCRI’s main constituent group, the People’s Mojahedin Organization of Iran (PMOI or MEK). Tens of thousands were put to death in the summer of 1988 alone. UN special rapporteur Ahmed Shaheed has said that this year the rate of executions reached levels not seen for more than 25 years.

Meanwhile, foreign policy analysts and critics of the Iranian regime have observed that the repression of dissent is surging to levels not seen since the end of the Iran/Iraq War, when the long-term survival of the Tehran regime was very much in doubt.

Participants in the rally underscored that Iran’s deteriorating domestic situation signals the increased vulnerability of Tehran’s leadership. Just as MEK dissidents were executed in great numbers to compensate for the weakness shown in accepting the end of the war with Iraq, the current crackdown seems aimed at making the regime look strong, despite last summer’s compromise over nuclear negotiations and the lingering social effects of the 2009 popular uprisings.

The clerical regime fears for its survival, and as with any insecure bully, that fear manifests as bluster. This was evident in a series of provocations made toward the West, including the January seizure of 10 American sailors who had strayed into Iranian territorial waters, the five illicit ballistic missile tests that have taken place since the conclusion of last summer’s negotiations, and gestures of force in the Persian Gulf.

Reacting to the rally, the Islamic Revolutionary Guard Corps even went so far as to dispatch several patrol boats to follow an American warship through the Gulf. No doubt the incident was used as a source of propaganda in Iranian state media, much like the images and video of the 10 sailors – who were released within 24 hours – were aired for weeks on end.

But such questionable propaganda victories will not do the regime much good – not as long as that propaganda is countered by an organized resistance abroad and the regime fails to win more serious victories against the resistance and its international network of supporters.

The expressions of international support for the NCRI included a speech by Prince Turki al-Faisal, an influential member of the Saudi royal family and former Saudi intelligence chief. With his declaration that Muslims around the world support the Iranian resistance “heart and soul,” he turned the annual event into a celebration of unprecedented Middle Eastern unity. In the words of Howard Dean, a former chairman of the Democratic National Committee, he “redrew the map of the Middle East.”

The extraordinary foreign support removes any doubt that the Iranian resistance is an existential threat to the clerical regime. Moreover, the Saudi capacity to unify Arab nations behind the resistance explains why Iranian officials, including Brig. Gen. Ramazan Sharif, the Revolutionary Guards Spokesman, accused Saudi Arabia, Egypt, and other powerful Arab states of “flagrantly interfering in Iran’s internal affairs.”

Such comments can only be seen as the desperate protests of a vulnerable regime. Iran has engaged in its own “flagrant interference” in the region for years. Examples include its all-out defense of Syrian dictator Bashar al-Assad, fomenting of a Shiite rebellion in Yemen, threats to instigate one in Bahrain, and empowering the crusade by former Iraqi Prime Minister Nouri al-Maliki to drive minorities out of Iraq’s government. All have stoked deep resentment, both at home and abroad.

Iran now stands to suffer the consequences of its actions, as powerful forces offer their justified support to a legitimate Iranian opposition movement. The regime’s ongoing reaction to the Free Iran rally will continue to demonstrate that it recognizes the threat to its power. As long as the world community stands firm against Iran’s violent response, we will see that it is inadequate to suppress, dissent or preserve the regime.

Previous articleGov. Tom Ridge: Iran nuclear deal was like depositing $100 billion into the central bank of terrorism
Next articleMichael Mukasey: If Iranian regime falls, there would be virtually no problems in the Middle East