Iran Regime’s Economic Situation Dire, One Year on From US JCPOA Withdrawal 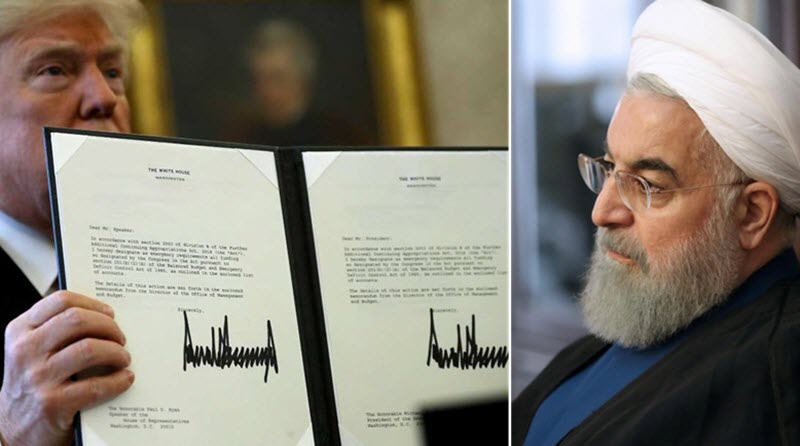 As we approach the one-year anniversary of the US’s withdrawal from the 2015 Joint Comprehensive Plan of Action (JCPOA), we see that sanctions and diplomatic isolation are pushing the Iranian Regime to the brink, with little expectation that there is anything Europe can do to save the mullahs.

Following the US withdrawal, Europe announced a special financial mechanism called INSTEX to allow Iran to trade oil for food and humanitarian goods, but made it conditional on Iran complying with the Financial Actions Task Force (FATF) transparency standards to prevent money laundering and terrorism financing.

Iran has not yet done this perfectly reasonable thing that almost every other country has done and shows no intention of doing it, but foreign minister, Mohammad Javad Zarif still felt the need to complain of Twitter as if Iran was being unfairly persecuted.

He wrote: “A year after US’ unlawful abrogation of JCPOA, Europe can’t muster political will to defy US’ #EconomicTERRORISM. Not even by setting up a single banking channel for humanitarian aid… E3 are instead busy appeasing @realDonaldDrumpf by pressuring UN over our defensive capabilities.”

He even attached an article about Britain, France, Germany seeking a full UN report of Iran missile activity, which is completely reasonable when the UN resolution surrounding the nuclear deal, which Iran is still party to, calls on the Regime “not to undertake any activity related to ballistic missiles designed to be capable of delivering nuclear weapons”.

The state-run IRNA news agency and many high-ranking people in Iran have voiced concerns about how economically tough the next year will be if Iran fails to pass the FATF bills.

Seyed Kamal Seyed-Ali, a former deputy governor of the Central Bank of Iran, warned that every bank would avoid working with Iran, while Seyed Reza Haji Aghamiri, a member of Tehran Chamber of Commerce, Industries, Mines and Agriculture, said that the US could well “paralyze” the Iranian economy.

Mehdi Pazouki, a former Iranian official close to the faction of President Hassan Rouhani, said that if the FATF is not approved and the economic situation worsens, then the Expediency Council, which is linked to Supreme Leader Ali Khamenei and is currently stalling the bills, should be blamed for the whole mess. He also admitted that FAFT is not a magical solution because the economic problems are “rooted in our management and views”.

Those in Khamenei’s faction, like the Mashregh News website, are attacking anyone advocating for accepting FATF, proving that the mullahs care less about solving the problems of Iran than they do about continuing their infighting.

Of course, the Iranian Resistance point out that financial transparency is the minimum reform needed, but that the Regime will not even accept that. The only logical solution is regime change.