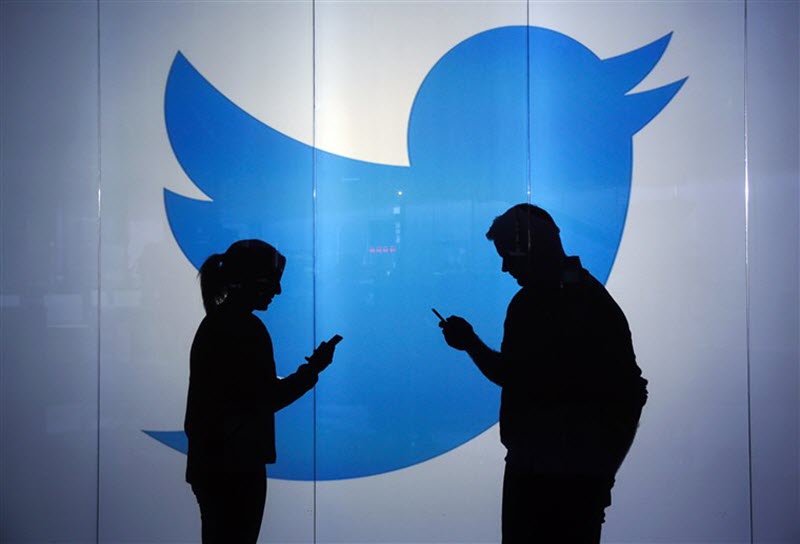 In a recent letter to Iran’s Attorney-General, Mohammad-Jafar Montazeri, 8 members of the WGCDICC (i.e., the Working Group for Determining Instances of Criminal Content; which is an organisation that makes decisions relating the filtering of Iran’s cyberspace) called for a review on Twitter ban.

Montazeri replied to their letter saying: “(Twitter) has been filtered according to a judicial order; there’s nothing that the WGCDICC can do about this”.

Montazeri even went on to call them criminals: “6 cabinet ministers wrote to me to discuss lifting the ban from certain channels (Twitter) in a meeting; I didn’t attend the meeting, because if I did, I would have been an accomplice to a crime”.

After Montazeri’s rejection of their request, the regime’s Ministry of Information penned another letter to him in which he declared his “legal reasonings” to Montazeri, asking him to give WGCDICC another chance.

This time, Montazeri’s deputy jumped in and replied in a rather threatening tone:

“Ministry of Information’s call for cooperating with the WGCDICC’s regarding a lift of Twitter ban, is simply illegal and criminal in nature. This subject will not be discussed with the WGCDICC or anyone else, and the ban will not be lifted at any stage. If anyone thinks that they can persuade the authorities by mentioning their request twice, they’re wrong!”.

He concluded that: “Twitter is an American social platform that is under the control of our enemy, not to mention clearly in favour of the riots that took place here in 2009 too! Moreover, this channel contains millions of criminal contents! The Ministry of Information is technically not eligible to have even the slightest say in this matter”.

These threatening words were not the end of the ongoing conflict, however.

On August 18, a member of the parliament sent a separate letter to Montazeri in which he mentioned how the filters “have led to the development and proliferation of various kinds of domestic and foreign anti-filters”, and criticised Montazeri on labelling the 8 members of WGCDICC (6 of which happened to be the cabinet members of the Rouhani’s government itself) “criminals” just for making a suggestion.

Additionally, a state-run newspaper named Hamshahri also addressed what Montazeri had earlier stated regarding Twitter being an illegal channel: “a significant number of government officials are using this platform themselves”, which would imply that according to Montazeri’s own words, these officials too, are criminals: “if Twitter for instance, is an evil American platform according to some people, then why must some of our highest officials be utilizing it in the first place?”

The embarrassing flow of these arguments even prompted Abdolhassan Firouzabadi (i.e., the Secretary of the Supreme Council of Cyberspace) to comment: “First off, Twitter has closed itself down; also, despite the fact that there can be legal uses of this platform, there is no clear definition of what’s considered legal or illegal on Twitter”.

When we look back at the freedom of speech promoted by Twitter’s slogan back in November 2009, which read “what’s happening”, we begin to see the real reason why the regime feels so threatened with such social platforms.

The question that’s always been asked about the regime has been whether it would allow the public or the media to report true events? The answer is ‘no’ of course! Which is evident in their constant bans of various platforms, and their attempts of heavily censoring all social and political events!

Since the protests of 2009, which stemmed from the increasing awareness of young Iranians, the government has become so fearful of the spread of news in public, that it (with the help of the Ministry of Information and the Minister) has now placed a ban on Twitter, hoping that history won’t repeat itself again against it.

What’s interesting is that back in 2013, one of Twitter’s founders addressed Rouhani in this regard, on the same platform:

“Good evening, Mr president. Are your citizens able to read your tweets now?”

This was the founder’s indirect poke at Rouhani for depriving Iranians from some of their most basic rights, such as their freedom of speech! whilst the president himself gets to continue using the very same platforms!
Many are now wondering why Twitter is banned for all Iranians, except some of the top authorities of the regime itself, such as Khamenei, Rouhani, and other cabinet ministers alike; and why in their cases, Twitter is no longer the evil American channel’ they call it to be?!

One can admit that the regime’s fear roots in the fact that with the public’s use of this and other platforms alike, will come a relative increase in their awareness, and subsequently a growth of frustration and protests. Which the regime is obviously trying to prevent!

But the truth is, people will not just stop at filters, and will continue their fight until the regime is subverted!