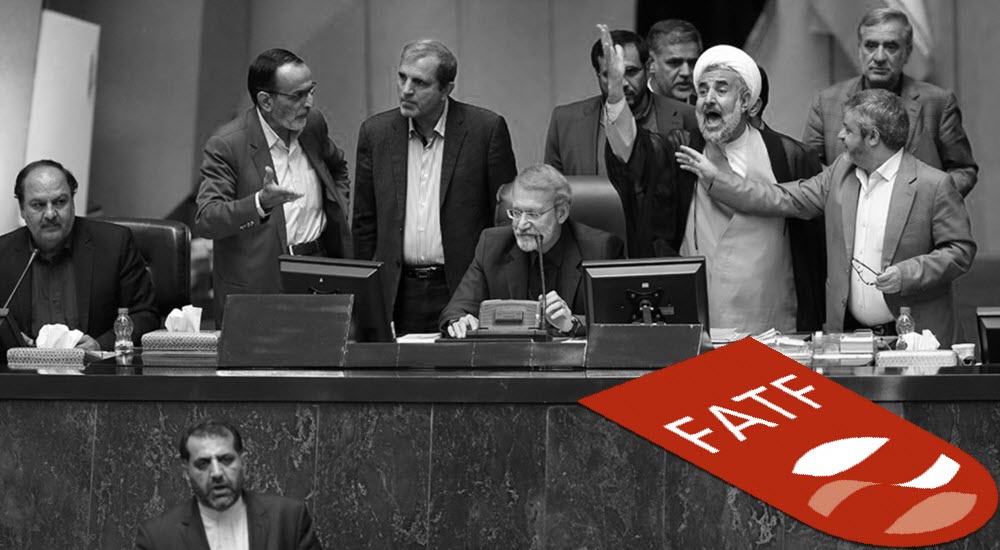 The Iranian Regime’s infighting over the bills related to the Financial Action Task Force (FATF) had already escalated to dangerous levels before the US State Department placed the Islamic Revolutionary Guards Corps (IRGC) onto its lists of Foreign Terrorist Organizations (FTO). Now, the disputes have reached a much more serious level and the passage of these bills represents a decision that will impact on Iran’s current power structure and international relations.

For months now, the two bills that still need to be passed, in order to Iran to join the FATF and receive all the economic benefits that brings, have been going back and forth between the Parliament, the Guardian Council, and the Expediency Council. But the Regime appears stuck at a crossroads unsure which way to go.

The state-run Etemad online website wrote that the saga had become such a “tortuous odyssey” mired with “political controversies and their interpretations” that the FATF itself has been forgotten.

Amir-Hossein Ghazizadeh Hashemi, a member of the Parliament’s administrative board, attacked the FATF advocates.

He said: “Today, pro-West voices who sought the four bills approved and joining the Palermo and CFT conventions must have realized that the opponents of these bills have been realists and had good a grasp of the true nature of the international community. But the pro-Wests, through illusion and optimism, have almost put the country into the West’s trap.”

Meanwhile, Laya Joneydi, the deputy of legal affairs for Iranian regime president Hassan Rouhani, is also concerned that the issue has become polarising and opinions over it have been marred by factional beliefs.

She said: “Everyone, including the media, the government, the Majlis and the Expediency Council should help keep the discussion about the FATF professional and not political. If they make the discussion too much political, it may be that the issue is impacted by daily moods and news, resulting in a negative decision made.”

When asked about the impact that the IRGC’s designation will have on the FATF decision-making, she said that it would not change government policy, which is to pass the bills.

However, Iran’s former ambassador to Italy Abolfazl Zohrehvand dismissed the idea that there is no connection between FATF and the designation of IRGC.

He said: “These two issues are very much related. If we fall into the trap of the combating terrorism financing (CFT), FATF and Palermo bills, the US will have legal grounds to ask other countries to cooperate with it.”

He then began to attack the so-called moderate Rouhani cabinet, calling them “representatives of the West”. This is simply untrue. As we know, there are no moderates in the Regime and everyone works for the Supreme Leader.

Previous articleIran: The Names of 28 Political Prisoners Arrested in 2018
Next articleOil Prices Rise Because of Iran Sanctions but Can Be Managed