Iran Regime’s Fear of Bipartisan Sanctions in the U.S. Senate 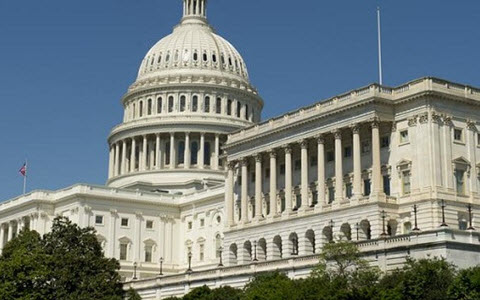 NCRI – Failure of appeasing calls to consider a postponement of bipartisan vote, on approval of a bill, imposing new sanctions against the clerical regime led to fearful reactions of government officials and various factions within the Iranian regime.

The state run ‘Shabake khabar’ TV on June 8th, 2017, reported: “Zarif stated; in addition to detestable statement of the White House, the US Senate approved sanctions, while Iran was confronting terrorist acts of elements tied to America”. Same source reported: “The US Senate sanctions bill is a matter of destabilizing measures against Iran….In case of final approval, Iranian Revolutionary Guards of Islamic Revolution will be on the list of terrorist sanctions”.

Government affiliated site Tabnak on June 8th, 2017 also writes: “According to Tasnim News Agency, following the terrorist attacks in Tehran and requests of a number of US senators to postpone the vote on the new sanctions plan against Iran, a majority of senators voted to pursue the agenda of the House as predetermined schedule. Some of the Senators, majority from Democratic Party, have said that due to Wednesday’s events in Tehran, voting on the sanctions plan against Iran is not suitable. They requested the postponement of voting for next week. The US Senate does have 100 members, out of which only 7 members were against voting sessions and 92 of them, voted to pursue with voting”.

ILNA News Agency, affiliated with Rouhani’s faction, on June 8th, writes: “The same day, that terrorist attacks in Tehran had killed 13 and wounded 40, the US Senate approved new sanctions on Iran”.

Militia News Agency affiliated with the Iranian Revolutionary Guards on June 8th, reported: “Just hours after the ISIS terrorist attacks in Tehran, the Iran sanctions bill advanced under the pretext of ballistic missile activities, human rights record and support for groups, which Washington considers them terrorists”.

A Khamenei’s faction newspaper also pointing to the consequences of sanctions, wrote: “Now that Trump is at the head of America’s decision making, his main focus is placed on the review of key issues of JCPOA and not lifting the sanctions. At the same time, he is pushing the system in  a direction to give up some advantages in the region. “