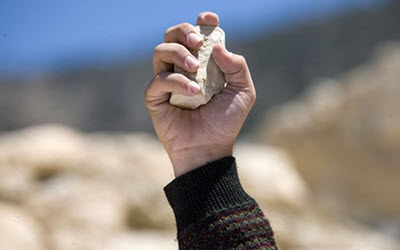 NCRI – Criminal Court of the Western Lorestan province in Iran, condemned a man and a woman accused of so called ‘unethical relation’ to medieval capital punishment of death by stoning.

According to the verdict of the Criminal Court Branch 1, in Lorestan Province, the sentence of ‘death by stoning’ has been issued, for Mr. KH. A and Mrs. S-M.Th. The state run website called Kashkan reported on February 2, 2017.

The source said: “At the moment the sentence is issued by the lower court and the track is communicated to the attorneys of the defendants and added, in this case the role of the city administration chief, the Public Prosecutor Bureau, feta police intelligence and police has been outstanding in gathering evidence, arresting suspects and transferring the case to legal authorities.

The source also stated that the two accused are already in custody, awaiting final approval of the sentence by the court.

It is noteworthy that Amnesty International earlier this year in Jaunary, has called out the mullahs’ dictatorship and asked other international human rights charities and governments to condemn these atrocities.

In a statement, Amnesty International wrote: “Iran’s persistent use of cruel and inhuman punishments, including floggings, amputations and forced blinding over the past year, exposes the authorities’ utterly brutal sense of justice.”

Previous articleOnly a Day After Warnings, Iran Regime’s IRGC Starts Missile Tests
Next articleThe Power Transfer in the U.S. And the Fearful Reaction of the Iran Regime