Iran Regime’s Official: Current Policies Won’t Save the Country From an Economic War 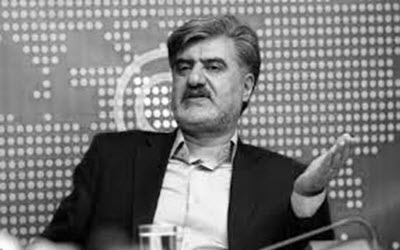 NCRI – “We can save our country from a military war, but not from an economic, currency one with current policies”, said an Iranian regime’s MP while acknowledging the embezzlements and plunders within the regime as well as Iran’s critical economic condition.
According to state-run Parsnews news agency, Abdolreza Azizi said in his plenary speech in regime’s Parliament on February 15 that “country’s monetary and banking system is suffering a malignant cancer which needs radical treatment.”

“Swinging value of money in today’s economy is ridiculous, the same way that fluctuations of measurement units such as meter, centigrade, and Fahrenheit are”, said regime’s MP from Shirvan.
“We can save our country from a military war, but not from an economic, currency one while continuing the current path”, he pointed out.

Iranian regime’s representative from Shirvan said that “currency war is one of the major issues facing regime. It’s no less important than Iran-Iraq war, if not more.”

Also during a clash of the rival bands in regime’s parliament on February 15, regime’s MP ‘Mousavi Larigani’ acknowledged regime’s economic crisis, saying “not only was the problem of recession not resolved, but it’s been intensified. Manufacturing, industry and housing sectors are still hibernating. The silence in industrial sites and areas, closure of manufacturing units and bankruptcy of many factories point to the ongoing heavy shadow of recession over country’s production.”

He then maintained that “every day, we see the gap between rich and poor in society increase, with the poor getting poorer and the rich growing richer.”

Previous articleIran: 300 Thousand Dollars Prize for the Execution of Salman Rushdie by IRGC Affiliated Companies and Other Regime Institutions
Next articleAl-Jubeir: Iran Is the Main Sponsor of Global Terror

"The riots caused by the bursting of the stock market bubble will be bigger than 2017 and November 2019"   In an interview with the state-run Fars News Agency,...
Read more
Search