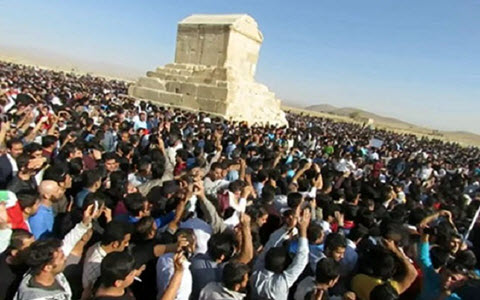 NCRI – Simultaneous to reports of the closure of main road leading to the Cyrus tomb, Friday prayer leaders in the Fars Province (southern Iran) strongly attacked the Ceremony of the Achaemenid king (Cyrus the Great) Day and condemned Israel and the U.S. as “sponsors” of the ceremony.

According to the state-run IRNA news agency, Alireza Siahpur, Director General of Fars Province Road Transport said on Friday, October 27, that part of the Shiraz-Isfahan highway would be blocked on Saturday and Sunday October 28 and 29, due to “repairs”. This is the main road leading to the Cyrus Tomb. The ancient Pasargadae is located about 135 kilometers from Shiraz.

Meanwhile, Siahpur announced that drivers who intend to travel from Isfahan to southern Fars province should use alternative routes.

The security forces set up fences around Pasargadae, the Cyrus Tomb, to prevent the gathering of people in this place. 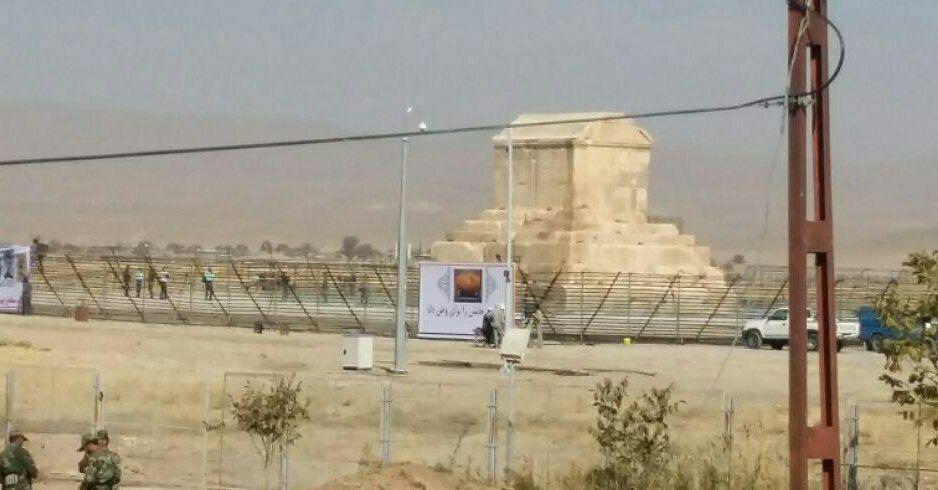 In the past few days, social media has also released videos of dozens of the riot police vehicles dispatched to the Pasargadae area.

On Friday, October 27, Friday prayer leaders in various cities across Fars province strongly attacked the Cyrus day ceremony, among them the Friday prayer Imam of Shiraz who said that October 29 as the day of Cyrus was only mentioned in the “Israeli Torah” and “the same thing shows that they are seeking to create a gap and divide between the people on the pretext of this occasion”.

According to the state-run Fars news agency affiliated to IRGC, Asadollah Imani stressed that Fars province has been “involved in fake occasions of October 29 for several years”.

A large number of gatherers were arrested last year after thousands of people gathered to celebrate the Cyrus Day Ceremony in Pasargadae.

The Iranian regime has also warned people against gathering in Pasargadae region by sending text messages to the people.

In the continuation of the attacks on the ceremony, the Friday Imam of Eghlid in Fars province considered the Cyrus day as “American games” for “their own interests and interest of Israel.”

Mohammad Sadegh Talebi also called Cyrus Day “the continuation of the sedition (uprising) of 1999 and 2009” and said that the United States and Israel are “sponsors of the holding” the Cyrus Day ceremony.

Mullah Hossein Nouri Hamedani, a state cleric, criticized the presence of thousands near the tomb of Cyrus in Pasargadae last year and said Khomeini, the founder of the regime, called “counter-revolutionary (i.e. anti-regime)” the people who were “remembering Cyrus”.

Last year, a large group of people who gathered at Pasargadae chanted slogans such as “Iran our homeland, Cyrus our father” as well as anti-regime slogans.